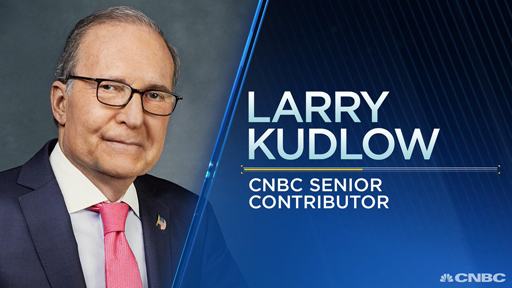 President Donald Trump will name Larry Kudlow, CNBC TV host, as the next head of the White House National Economic Council, two sources familiar with the decision according to CNN.

Trump apparently offered Kudlow the job Tuesday night during a phone call and he accepted.

Kudlow will be Trump’s second top economic adviser after Gary Cohn, a former Goldman Sachs executive who held the position for a year, resigned earlier this month over disagreements regarding the President’s decision to impose tariffs on steel and aluminum imports.

Folks were quick to point out some choice facts about Kudlow:

Larry Kudlow will reportedly be named Trump’s top economic adviser. He isn’t an economist, but he does play on one TV: https://t.co/kkeCNVy7Ap pic.twitter.com/eyd0Pv4BnC

Kudlow lectured single parents about poverty despite admitting he had “virtually no knowledge in this field.” https://t.co/v5TdAXkQ75

Kudlow argued that men hugging each other in public shows “weakness” and lacks “dignity.” https://t.co/rttafzylrZ

Kudlow “argued that banks that manipulated benchmark interest rates (LIBOR) were actually the victims, rather than criminals” https://t.co/eFRcWKQ0JU

OK, so it’s Kudlow for top economic adviser. At least he’s reliable — that is, he’s reliably wrong about everything. We all make mistakes, but if Kudlow says it, you know it won’t happen https://t.co/SREfSH7B7z

“Only the best people”

Larry Kudlow, a man who spent $100,000/month on cocaine, will advise Trump on smart ways to spend our money.https://t.co/IikXGYDDNk

CNBC host Larry Kudlow expresses his thought that “the human toll (in Japan) looks to be worse than the economic toll  and we can be grateful for that.”

A very unfortunate turn of phrase from the self-described supply side Republican.