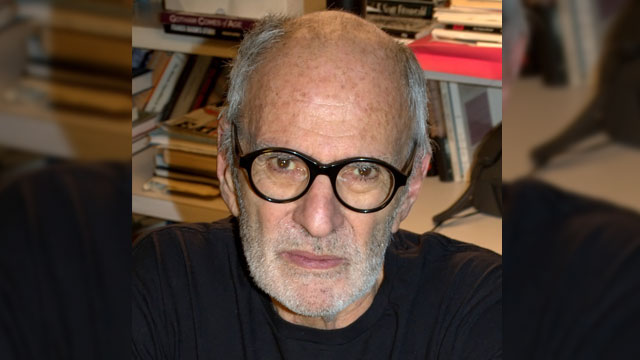 Larry Kramer, whose activism shocked the country into addressing the HIV epidemic as it killed thousands of Americans, has passed away at the age of 84.

In addition to his work as an award-winning playwright including The Normal Heart, he helped co-found the Gay Men’s Health Crisis (the first public service organization for those with HIV) and the activist group ACT UP (AIDS Coalition to Unleash Power) which staged “die-in” protests to draw attention to the mounting death toll from AIDS.

Larry Kramer, the noted writer whose raucous, antagonistic campaign for an all-out response to the AIDS crisis helped shift national health policy in the 1980s and ’90s, died on Wednesday morning in Manhattan. He was 84.

His husband, David Webster, said the cause was pneumonia. Mr. Kramer had weathered illness for much of his adult life. Among other things he had been infected with H.I.V., the virus that causes AIDS, contracted liver disease and underwent a successful liver transplant.

An author, essayist and playwright — notably hailed for his autobiographical 1985 play, “The Normal Heart” — Mr. Kramer had feet in both the world of letters and the public sphere. In 1981 he was a founder of the Gay Men’s Health Crisis, the first service organization for H.I.V.-positive people, though his fellow directors effectively kicked him out a year later for his aggressive approach. (He returned the compliment by calling them “a sad organization of sissies.”)

He was then a founder of a more militant group, Act Up (AIDS Coalition to Unleash Power), whose street actions demanding a speedup in AIDS drugs research and an end to discrimination against gay men and lesbians severely disrupted the operations of government offices, Wall Street and the Roman Catholic hierarchy.

Dr. Anthony S. Fauci, longtime director of the National Institute of Allergy and Infectious Diseases, credits Kramer with playing an “essential” role in the development of drug regimens that could help those living with HIV, and in urging the FDA to streamline its process for vetting and approval of new drugs.

Kramer’s play, The Normal Heart, opened at the Public Theater in April 1985 and ran for nine months. The play chronicled the early years of the HIV/AIDS crisis and his often aggressive activism to get people engaged in solving the epidemic.

In 2011, The Normal Heart was revived on Broadway winning the Tony Award for Best Revival. And in 2014, Kramer wrote a television adaptation for HBO (directed by Ryan Murphy) which won the 2014 Emmy for outstanding television movie.

In his review of the revival, Ben Brantley of the New York Times wrote, “By the play’s end, even people who think they have no patience for polemical theater may find their resistance has melted into tears. No, make that sobs.”

I encourage you to read the full profile by the New York Times here.

Larry Kramer valued every gay life at a time when so many gay men had been rendered incapable of valuing our own lives. He ordered us to love ourselves and each other and to fight for our lives. He was a hero.

He was fierce, he was important, he never backed down. He criticized the homophobes and the community itself. He wouldn't tolerate complacence or "thinking with your d**k". If he made you angry, yeah, well, that's what he did. RIP to a true legend.https://t.co/FeMX6N862f

Don’t know a soul who saw or read The Normal Heart and came away unmoved, unchanged. What an extraordinary writer, what a life.
Thank you, Larry Kramer. pic.twitter.com/M3hA0cNrCU

RIP Larry Kramer, a true American hero, an angry prophet, a founder of GMHC and ACT UP, a great playwright and a proud gay man. Known for his completely justified rage, he was also a savior, a husband and someone who made a difference in so many lives pic.twitter.com/05zmQxudkD

Rest in power to an icon and true fighter until the very end. We thank you, Larry Kramer. https://t.co/arggtehkYx

When Americans tried to ignore the AIDS crisis, Larry Kramer and his allies in ACT UP forced the nation to reckon with the public health emergency head-on. His work remains a model for aggressive activism in the face of a pandemic. https://t.co/WWBecap6Oq

Larry Kramer has died, at 84 years old. “There is no question in my mind that Larry helped change medicine in this country,” Anthony Fauci said in a 2002 Profile of the activist and author. https://t.co/Z3BshxhN7p 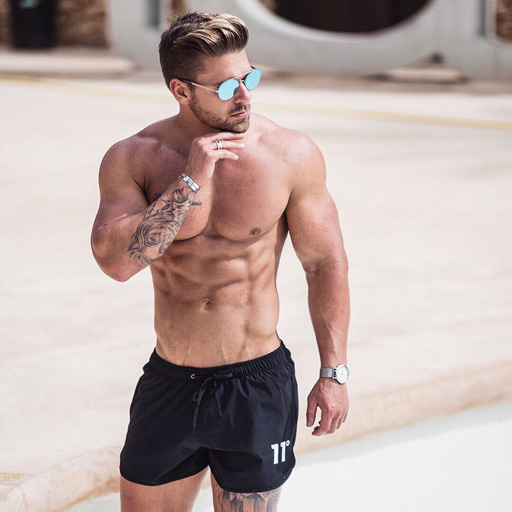 • You really have to read this terrific profile of Cher for Billboard Magazine. Really captures the personality and flavor of the iconic singer/actress.

• And speaking of profiles, the New York Times writes beautifully about the twilight of legendary AIDS activist/playwright Larry Kramer. In case you don’t know it, Kramer saved countless lives with his fiery activism.

• As President Trump leaves on his first foreign trip abroad, the world prepares to make the homebody happy.

• Check out the first look at the upcoming reboot of 80s TV drama, Dynasty. You know the drill: cat fights, fashion and high drama all wrapped up in some sexy eye-candy. Airing Wednesdays this fall on the CW. 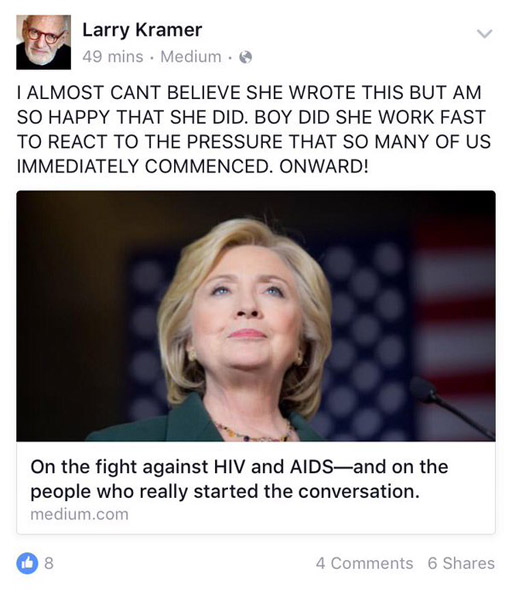 In case you missed Hillary Clinton’s very in-depth follow-up to her apology for misspeaking on the Reagans’ history during the AIDS crisis in the 1980s – click here.

While her initial comment was painful for many of us who lived through the early years of the epidemic, her thoughtful and detailed response feels like an honest admission that she was wrong.

If Larry Kramer, the spiritual father of the AIDS protest years, can accept Hillary’s mea culpa, so can I. 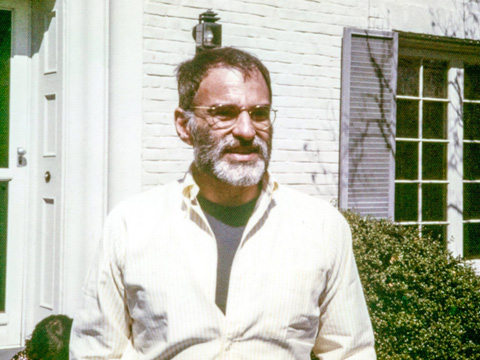 The new documentary, Larry Kramer In Love & Anger, documenting the life and work of the famed LGBT activist and playwright premieres Monday, June 29 at 9pm, only on HBO. 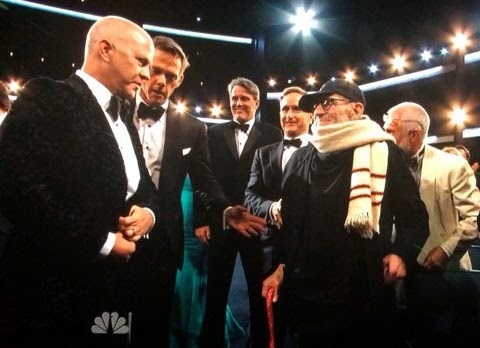 The critically acclaimed film depicts the rise of the HIV-AIDS crisis in New York City between 1981 and 1984, as seen through the eyes of writer/activist Ned Weeks, the founder of a prominent HIV advocacy group.

“The Normal Heart” was directed by Ryan Murphy and written by Larry Kramer, based on his 1985 play of same name.

Fans and activists on the internet expressed worry that the ground-breaking movie would be shut out of the awards tonight.  Fortunately, not true. 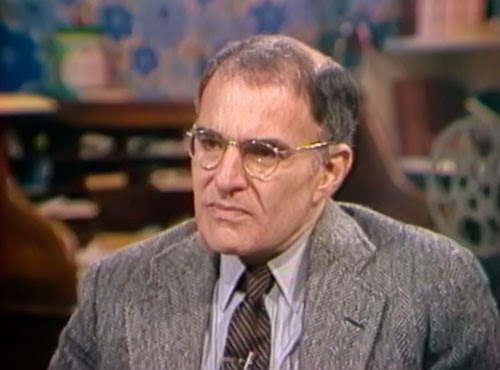 Geoffrey Cowley, national writer for MSNBC, looks back at the Today Show’s 1983 interview with playwright and activist Larry Kramer during the initial AIDS epidemic.

HBO’s new film “The Normal Heart” is a vivid reminder of how the new illness caught the world off guard. 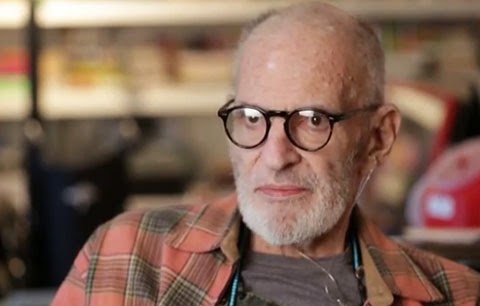 It took more than 30 years for Larry Kramer’s play “The Normal Heart,” about gay New Yorkers struggling with AIDS to be turned into a movie.

The New York Times interviewed Kramer about the journey from stage to screen.

“The Normal Heart” debuts this Sunday, May 25th on HBO. 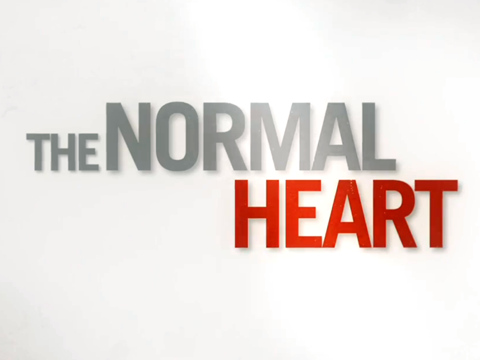 HBO has released a new trailer for the upcoming screen adaptation of Larry Kramer’s award-winning play “The Normal Heart.”

“The Normal Heart,” directed by Ryan Murphy, chronicles the rise of AIDS in the 1980s during the earliest years of the epidemic.