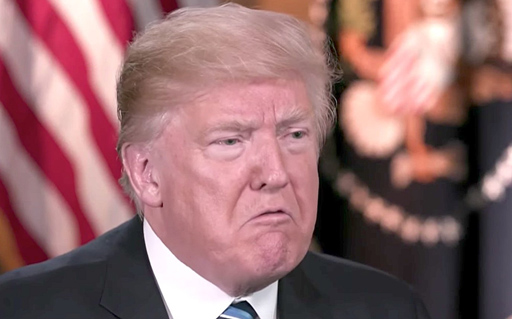 Trumka had dared to suggest that Canada needs to be a part of any North American trade deal.

Richard Trumka, the head of the AFL-CIO, represented his union poorly on television this weekend. Some of the things he said were so against the working men and women of our country, and the success of the U.S. itself, that it is easy to see why unions are doing so poorly. A Dem!

A few hours earlier, Trump boasted about low unemployment numbers ( a trend established over 7 years of the Obama administration) and “big progress” being made on the U.S. economy.

Happy Labor Day! Our country is doing better than ever before with unemployment setting record lows. The U.S. has tremendous upside potential as we go about fixing some of the worst Trade Deals ever made by any country in the world. Big progress being made!

The Worker in America is doing better than ever before. Celebrate Labor Day!