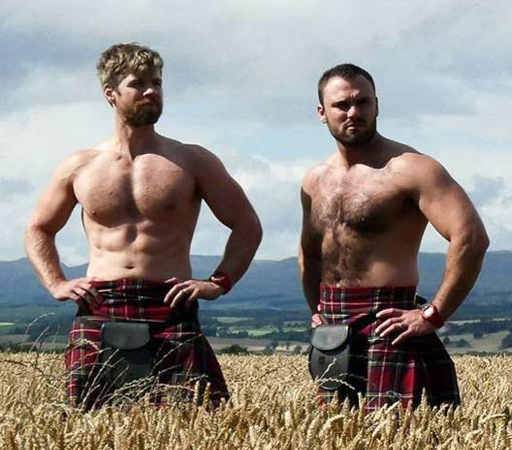 Who wants to see hunky, furry, shirtless Scots in kilts encouraging you to feel the burn?

It seems it’s been a while since I checked in on YouTube fitness experts, the Kilted Coaches.

So I decided to find out what personal trainers Stephen and Rab have been up to lately.

In one of the Kilted Coaches’ recent workout videos, they offer their tips on how to lose fat quickly.

Coming off of end-of-summer vacations and especially this past three-day Labor Day weekend, this seems like a good time for fat burning.

And hey – if they guys from Perth, Scotland, want to take off their shirts and give us a peek at their manly muscles, then, who are we to complain?

Another recent video addressed the issues of over-training and giving your body time to “let it grow.”

The guys even parody that famous song from Frozen, “Let It Go,” as they share their furry goodness on muscle growth. 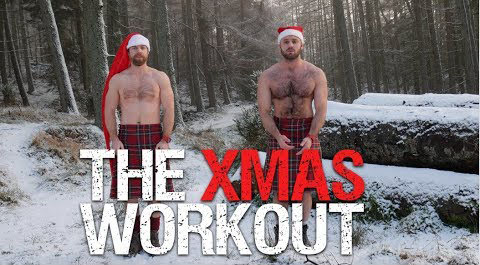 The Kilted Coaches promise a workout like this before big meals will stop any excess fat appearing around the midsection over the festive period.

In any case, it’s fun just to watch the men workout in kilts 😉

• It’s 112 degrees here in Las Vegas – I can’t imagine grilling in my backyard. So, I’ll just look at fitness model Lony Pizarro tend to his grill 😉

• Virulently anti-LGBT activist Tony Perkins does NOT appreciate the irony that Rep. Steve Scalise, who has attended white nationalist events in the past, was saved at last week’s DC shooting by a married, black lesbian.

• Barbie’s boyfriend Ken got multiple makeovers including seven skin tones, three body types and even a man-bun. I wonder if Barbie knows all the Kens are attending Pride this year…?

• Ryan Phillippe reflects on playing the first openly gay teenager on TV: “There had never been a gay teenager represented on television up until that point: It’s before Will & Grace, it’s before Ellen came out, it’s before any of that stuff. I remember the fan mail that we would get, my mother and I would get, from gay teenagers or from parents of gay teenagers who found a way in to relate to or talk to their child through the show. Entertainment media can do those things, it can make people think differently or see a different side of something and I do remember and appreciating that — even back then when I was only a teenager myself. But in terms of like the larger view, I didn’t have a full understanding of how important it could have been, but I’m proud to have done it, I’m proud that that’s something I can say was a part of my career.”

• The woofy Kilted Coaches show their support for Pride Month via this “rainbow-y” (kilt-less) video: 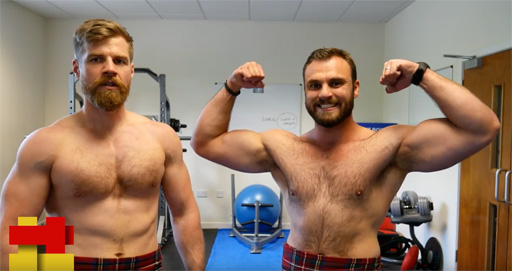 The hunky Kilted Coaches walk you through their favorite arm workout.

Watch below for tips to get that pump.

Or, just watch cause they’re hot 😉