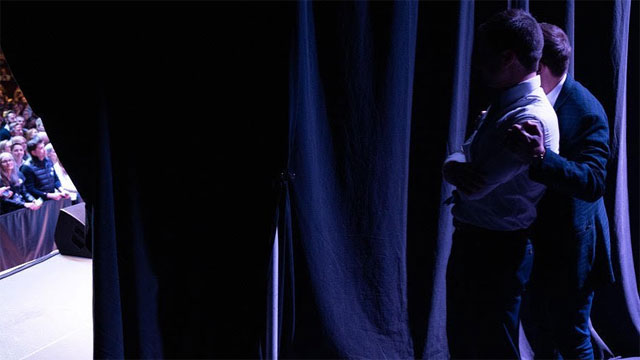 • Instagram: Pete Buttigieg, on the campaign trail, posts the above photo with hubby Chasten, with the caption “Happy Valentine’s Day to the one I love.” #swoon

• Advocate: Two gay men were shot this week in a drive-by attack in Miami, leaving one in critical condition, and they believe it happened because they were kissing — and a lesbian nearby was also injured.

• Apple TV: Don’t forget the five-part docuseries Visible: Out on Television is now available on Apple’s streaming service. The series investigates the importance of TV as a medium that helped shaped the American conscience, and how the LGBTQ movement has shaped television.

• CBS News: Donald Trump says he’s considering ending the standard protocol of having top administration officials listen to his calls with foreign leaders, following his conversation with Ukraine’s president, a call that culminated in his impeachment.

• KIT212: Kenneth rounds up the what’s what in gay rags this week including forever-hottie Robbie Williams covering this month’s Attitude Magazine (below). 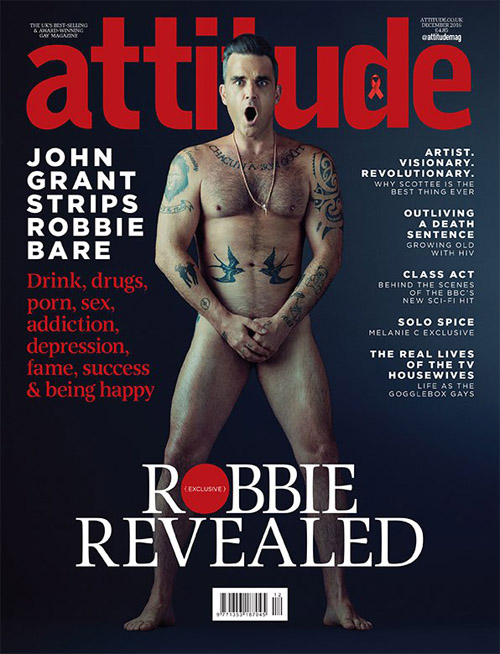 • Mediaite: Mike Bloomberg’s campaign openly mocked Donald Trump again over his comments on the coronavirus in which POTUS said, “Now the virus that we are talking about having to do, you know, lotta people think that goes away in April, with the heat,” by basically just splicing it with that famous Billy Madison “What you have just said is one of the most insanely idiotic things…” scene. #BloombergAintPlaying 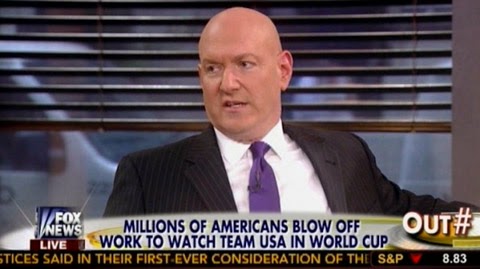 FOX News’ Dr. Keith Ablow, appearing on the network’s “Outnumbered,” offered his thoughts of a conspiracy theory that the World Cup games taking place in Brazil right now seems to be suspiciously convenient for the President.

Ablow seemed to believe that the Obama Administration has come up with the World Cup games on the fly so as to distract from ongoing political issues, even though the games have been planned for years.

“I’m suspect.  I am suspect because, here’s the thing. Why, at a time when there are so many national and international issues of such prominence — I’m a little suspicious of yet another bread-and-circus routine. Let’s roll out the marijuana, pull back the laws, and get people even more crazy about yet another entertainment event.”

“This is a way to distract people,” Ablow continued. “This is like Rome. I can see why Obama would love the World Cup –“

“What are you talking about?” interjected Kimberly Guilfoyle, who said her son plays soccer. “This is encouraging for kids to get out and play sports, and you can play soccer from a young age.”

Ablow continued to insist he found it odd that “people are playing games more than ever” when there are other pressing issues to pay attention to. He didn’t enumerate what those issues may be.

“Gosh, I’m gonna have to disagree with the doctor here,” Harris Faulkner chimed in. “They set these schedules years ago. It’s not like they lined it up with the current events of the world, so no way is that the case.”