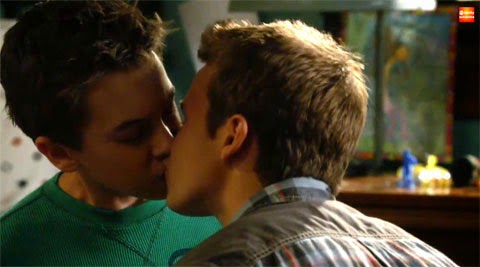 This past Monday night’s episode of ABC Family’s The Fosters made history by featuring a story line which led to the youngest sam-sex kiss in television history.

Plenty of TV shows explore the coming of age aspect of growing up and experiencing romantic attraction between opposite-sex teens. But for the first time, two 13 year-old male characters saw their way to a first kiss during the episode.

“This story line is important in so many ways,” said MacIntosh in an interview with entertainment site Just Jared Jr. “It’s been eye-opening about how many kids struggle with feeling ‘OK’ about questioning their sexuality.”

Now observers are viewing the “Jonner” kiss as a milestone in diversity. “Boy/girl crushes at 13 are portrayed a lot on TV,” MacIntosh said in his Just Jared Jr. interview. “But to represent something different — I am proud of that.”

Jennifer Lopez serves as an executive producer on the series.