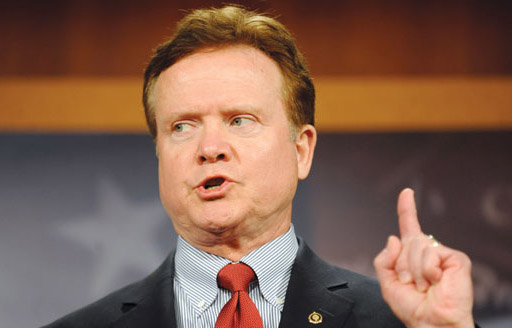 Democratic (semi) contender Jim Webb makes it clear he was NOT happy with the time allotted to him at this week’s Democratic debate:

“I’ll be very frank here. It was rigged in terms of who was going to get the time on the floor by the way that Anderson Cooper was selecting people to supposedly respond to someone else. I even turned around to Bernie Sanders at one point and said, ‘Bernie, say my name, will you say my name?’ In that kind of environment it was either going to be Mr. Angry or be a potted plant.

“It’s very difficult to win a debate when you don’t have the opportunity to get to speak in the same amount of time on issues as the others get. It’s the reality that the debate was being portrayed as a showdown between Mrs. Clinton and Bernie. But if you are going to be invited to participate and people are going to judge whether you, quote, won or not, at least you should be able to have the kind of time that’s necessary to discuss issues that you care about and have worked on.”