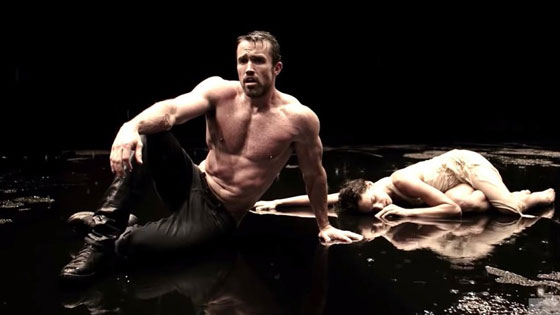 With the FXX series It’s Always Sunny in Philadelphia set to premiere its 14th season this week, show creator and star Rob McElhenney shared the gay evolution of his character, “Mac,” in a new Rolling Stone interview.

It seems Mac’s coming out in Season 11 was never really meant to be the character becoming full-on gay.

Explaining that the writing approach on the show is to “take whatever viewpoint any character has to the extreme,” McElhenney said the writers came up with the gay angle because Mac “is such an arch-arch Catholic conservative when it suits him, and when it doesn’t, he drops that.”

Noting that many Christian conservatives are homophobic, the creators began bouncing ideas on how to take that to the next level and satirize that.

“And that’s when I thought, ‘Let’s make him gay,’” says McElhenney. Looking back over past seasons, the writers felt some of Mac’s subtext played into that storyline.

So in Season 11, Mac came out during an episode involving a gay couple on a Christian cruise.

McElhenney tells Rolling Stone the intent wasn’t to create a “gay character for comedic effect, that was there just to be gay and to be funny because he was gay.” The point was to poke fun at the ‘hypocrisy’ of an arch-conservative coming out.

At the end of the episode, however, Mac went back in the closet in a plot twist.

But the positive outpouring from fans about Mac’s coming out made McElhenney and his team realize “we screwed it up.”

So, in Season 12, Mac came out again and stayed out. “It felt good that we were recognizing a part of our audience in a way that was not pandering, that wasn’t offensive or upsetting or a caricature,” says McElhenney.

And that led to the finale of last season when Mac performed a shirtless, interpretive modern dance as a way to finally come out to his father, who has spent most of Mac’s life in prison.

The dance sequence, which has become one of the critical high points of the series, was born out of “always trying to surprise people and do something different.”

Explaining the show tends to stay away from “tapping into emotional resonance,” the 42-year-old actor shared that the creative team wanted to stretch and do something different. And since McElhenney had no dance experience whatsoever, the intricately choreographed dance would definitely be ‘a stretch.’

After four months of intense training and rehearsals, the challenging segment closed the season in spectacularly unexpected style.

When Season 14 debuts, It’s Always Sunny in Philadelphia will tie the 1950s family comedy The Adventures of Ozzie and Harriet for the most seasons by a live-action sitcom.

Tune in to see what’s next for Mac and his irreverent bunch of misfits this Wednesday, September 25, at 10 pm on FXX.

This industry has been so good to me. I have absolutely nothing to complain about with regards to awards. That train left the station a long time ago. But if there is anyone who deserves some Emmy recognition it’s the team of @alison_faulk @leomoctezuma and @kyliesheaxo. They took an uncoordinated buffoon and created something really special. I truly can’t dance for shit but they worked tirelessly to make it look like I could. I will be forever grateful for an incredible experience. Their patience and support and dedication will be remembered always. I don’t know much about choreography awards but if they don’t get one there’s something seriously fucked up over at the @televisionacad . #dance #emmys 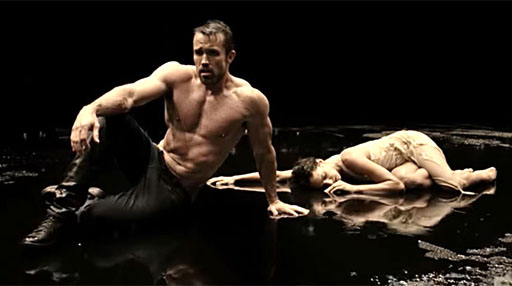 Regular viewers of It’s Always Sunny in Philadelphia have noticed this season that the character of ‘Mac,’ played by series creator Rob McElhenney, has been looking a bit different this season.

In the episode titled, “Mac Finds His Pride,” McElhenney performs a jaw-dropping modern dance in order to express his coming out to his father.

The character came out to friends in 2016, but hasn’t been able to find the words to open up to his father.

In the finale, Frank (Danny DeVito) is trying to convince Mac to prance on the gang’s gay pride parade float, but Mac isn’t feeling it. In his own way, Frank tries to help: “I never really got you and, to be honest, now that you’re gay I get you even less. Nothing against it, I just don’t get it.” Nevertheless, he vows to help Mac find his pride, which involves coming out of the closet to his imprisoned father, Luther (Gregory Scott Cummins).

But Mac can’t open up to his father, at least, not with words. Which is a good thing because if he did, it would sound something like what he threw at Frank when he tried to explain his internal struggle: “There’s like this storm inside of me and it’s been raging my whole life, and I’m down on my knees, and I’m looking for answers, and then God comes down to me and it’s a very hot chick and she pulls me up and we start dancing.”

The episode ends with a dance that literally brings that raging storm to life as he performs a modern dance in the rain for his father and fellow prison inmates.

For one thing, McElhenney has never danced before in his life.

And, in order to become ‘Fat Mac’ for season 7 of Sunny, he had to gain 50 pounds of fat. Now, he needed to drop all that and get into shape just to be able to approach the movement and partnering that would be required.

View this post on Instagram
Look, it’s not that hard. All you need to do is lift weights six days a week, stop drinking alcohol, don’t eat anything after 7pm, don’t eat any carbs or sugar at all, in fact just don’t eat anything you like, get the personal trainer from Magic Mike, sleep nine hours a night, run three miles a day, and have a studio pay for the whole thing over a six to seven month span. I don’t know why everyone’s not doing this. It’s a super realistic lifestyle and an appropriate body image to compare oneself to. #hollywood
A post shared by RobMcElhenney (@robmcelhenney) on Sep 5, 2018 at 8:57pm PDT

Working with trainer Arin Babaian, who helped Channing Tatum get into Magic Mike shape, McElhenney began a regimen that consisted of no alcohol, no eating after 7PM, no carbs or sugar, lifting weights six days a week, stretching an hour a day and running three miles every day.

And that was before he started working with choreographers Alison Faulk and Leo Moctezuma.

It would take two and a half months of rehearsals to develop and finesse the dance.

“Rob came out of the writers room saying he wanted it to represent the struggle, the push and pull, and that helped Leo and me to put the choreography together in a way that showed vulnerability and strength,” Faulk tells Vulture. “The woman represents the light and the good and everything pure and amazing — and he’s the dark. So it’s basically a giant metaphor for being able to love and accept yourself.”

Finally, the day of reckoning came.

After shooting for 12 hours, director Todd Biermann says that most of what the TV audience sees was from the last three takes.

Watch the emotionally charged dance as it closes season 13 finale of Sunny below.