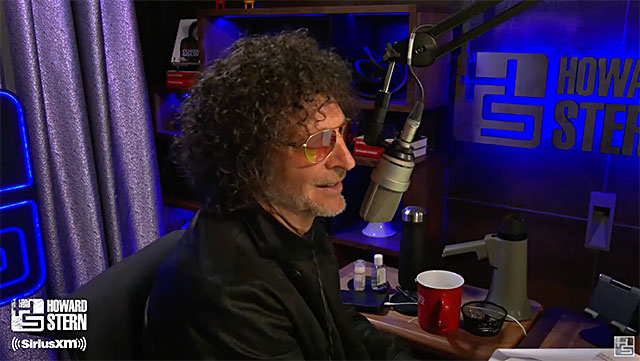 On his Sirius XM radio show Tuesday, Howard Stern made it clear he is done with the anti-vaxxers telling listeners, “Fuck ’em. Fuck their freedom.” END_OF_DOCUMENT_TOKEN_TO_BE_REPLACED

Madonna sat down with Howard Stern for an extended (90 minutes!) interview regarding her new album, Rebel Heart.

This was her first ever interview with the radio legend. Over the course of an hour and a half, Madge talks on writing “Vogue” (in a couple of hours!), dating Tupac Shakur and her friendship with Michael Jackson.


She also shares that “Ghosttown” will be the next single from the album.

In a tweet to co-judge Howard Stern, Osbourne posted, “My darling @HowardStern, money is not the reason I’m not returning to @nbcagt, it’s because…” and left it at that, without elaborating.

With that said, Osbourne made no mention of her tweet on the show, but posted to her Twitter feed throughout the live show regarding the performances.

From the get-go it’s clear how Howard Stern feels about the anti-gay One Million Moms attempt to get Ellen Degeneres fired as the new spokesperson for JC Penney.

Thanks Howard Stern for putting it in such clear terms.
(via JMG)