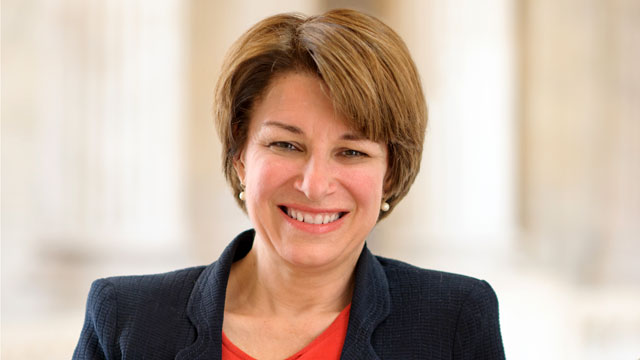 The editorial board of the Houston Chronicle endorses Sen. Amy Klobuchar (D-MN) in the upcoming March 3 Democratic primary in Texas:

From supporting a $15 federal minimum wage to her very personal pledge to invest in research, prevention and treatment of addiction and mental illness, Klobuchar seems driven to improve Americans’ daily lives.

She eschews “Medicare for All” for a pragmatic public option. She has a strong record on combatting gun violence, and has prioritized universal background checks, funding research and closing the ‘boyfriend loophole’ — all commonsense reforms that she says won’t hurt responsible gun owners such as the oft-mentioned “Uncle Dick in his deer stand.”

She supports California-style mileage standards and opposes a fracking ban, instead seeing natural gas as a “transition fuel,” but her goals on climate change are aggressive: 45 percent reduction of carbon emissions by 2030 and carbon neutral by 2050.

Above all, Klobuchar has the secret sauce many Democrats prize most: electability.

A candidate whose presidential election would make history, her crossover appeal in and of itself packs a powerful punch. Democrats need someone who can stare down a bully while keeping an eye out for the little guy, someone who can grow the ranks, not divide them. Klobuchar is the woman for the job. 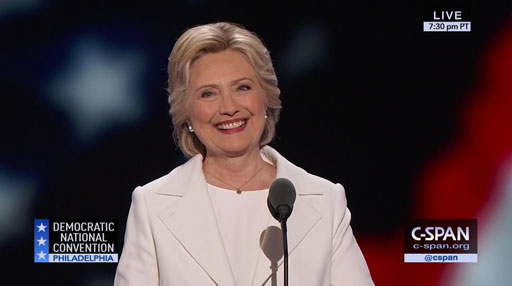 In an unusual move, the Houston Chronicle has endorsed Democrat Hillary Clinton for president just as the general election cycle is beginning.

Why would a city newspaper in deep red Texas that endorsed Mitt Romney in the last presidential race choose so early? For the editorial board of the Chronicle, it all comes down to Donald Trump’s woeful lack of temperament.

Here’s just part of the editorial:

The Chronicle editorial page does not typically endorse early in an election cycle; we prefer waiting for the campaign to play out and for issues to emerge and be addressed. We make an exception in the 2016 presidential race, because the choice between Hillary Clinton and Donald Trump is not merely political. It is something much more basic than party preference.

An election between the Democrat Clinton and, let’s say, the Republican Jeb Bush or John Kasich or Marco Rubio, even the hyper-ideological Ted Cruz, would spark a much-needed debate about the role of government and the nation’s future, about each candidate’s experience and abilities. But those Republican hopefuls have been vanquished. To choose the candidate who defeated them – fairly and decisively, we should point out – is to repudiate the most basic notions of competence and capability.

Any one of Trump’s less-than-sterling qualities – his erratic temperament, his dodgy business practices, his racism, his Putin-like strongman inclinations and faux-populist demagoguery, his contempt for the rule of law, his ignorance – is enough to be disqualifying. His convention-speech comment, “I alone can fix it,” should make every American shudder. He is, we believe, a danger to the Republic.

We could go on with issues, including her plans for sensible gun safety and for combatting terrorism – her policy positions are laid out in detail on her campaign web site – but issues in this election are almost secondary to questions of character and trustworthiness. We reject the “cartoon version” of Hillary Clinton (again to borrow her husband’s phrase) in favor of a presidential candidate who has the temperament, the ability and the experience to lead this nation.

These are unsettling times, even if they’re not the dark, dystopian end times that Trump lays out. They require a steady hand. That’s not Donald Trump.

The times also require a person who envisions a hopeful future for this nation, a person who has faith in the strong, prosperous and confident America we hope to bequeath our children and grandchildren, as first lady Michelle Obama so eloquently envisioned in Philadelphia. That’s not Donald Trump’s America.

It is Hillary Clinton’s, who reminded her listeners Thursday night that “When there are no ceilings, the sky’s the limit.”