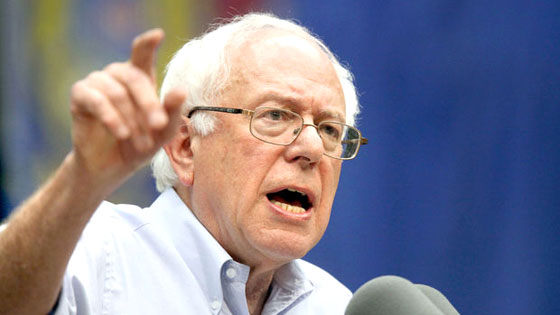 Senator Bernie Sanders (I-VT) will not be attending the Human Rights Campaign Foundation’s LGBTQ Town Hall on Thursday night after all.

This comes after skipping the GLAAD/Advocate sponsored LGBTQ Forum in Iowa last month.

Initially, his campaign indicated that he had scheduling conflicts for both dates and couldn’t attend.

But after several in the LGBTQ media made note that he was the only top tier presidential candidate to not appear at either event, schedules were somehow rearranged and he was set to take part in the October 10 event in Los Angeles.

The town hall is the only LGBTQ-centric event in the Democratic primary season that will be televised by a major news outlet, CNN.

However, the 78-year-old senator then suffered a heart attack on the campaign trail and was hospitalized for days as doctors inserted two stents to address a blocked artery.

I want to thank the doctors, nurses, and staff at the Desert Springs Hospital Medical Center for the excellent care that they provided. After two and a half days in the hospital, I feel great, and after taking a short time off, I look forward to getting back to work. pic.twitter.com/HjBc9LPjo4

At the time, his campaign issued a statement that read in part, “We are canceling his events and appearances until further notice.”

Sanders has since indicated he will continue to campaign but reduce the number of events/rallies he attends on a daily basis.

The Sanders campaign has confirmed him for the fourth Democratic debate set for October 15 in Westerville, Ohio, where 12 candidates will take the stage at one time.

In the past month, he has seen Sen. Elizabeth Warren (D-MA) pass him in the polls putting him in a distant 3rd place in many surveys.

In fact, Warren has – for the first time – just barely surpassed former Vice President Joe Biden to take the top spot in the Real Clear Politics average of polls.

Make sure to tune in for the HRC Foundation’s LGBTQ Town Hall on CNN Thursday, October 10 at 7 p.m.