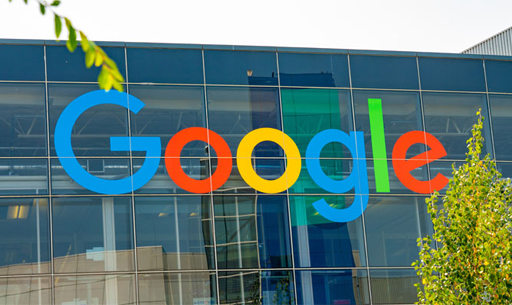 After a months-long campaign by Wayne Besen at Truth Wins Out to stop the spread of the app, plus a petition signed by 142,000 people at Change.org, and the Human Rights Campaign withholding its Corporate Equality Index score from the company, Google announced the app had been pulled.

“After consulting with outside advocacy groups, reviewing our policies, and making sure we had a thorough understanding of the app and its relation to conversion therapy, we’ve decided to remove it from the Play Store, consistent with other app stores,” Google said in a statement.

“We are delighted that Google finally backed down and deleted a dangerous app that targeted LGBTQ youth with toxic messages of guilt and shame,” said Truth Wins Out Executive Director Wayne Besen. “It is still unfathomable why Google stubbornly defended the indefensible for months, when the hateful and destructive content in this app should have been self-evident. We hope this sends a powerful message that ‘pray away the gay’ products are unacceptable and have no place in a decent and civilized society.”

“We applaud Google for making the right decision to pull this app from their online store. So-called conversion therapy is a debunked practice that’s tantamount to child abuse and is proven to have dangerous consequences for its victims. Google and other platforms that have pulled this app are taking an important step to protect LGBTQ youth.”

The Human Rights Campaign is withholding Google’s score and endorsement per its annual Corporate Equality Index.

The internet giant has previously enjoyed a perfect 100 on the HRC’s annual rating index.

But you can chalk up the loss of the endorsement to the company’s refusal to remove an app from its Google Play store that targets LGBTQ youth with the harmful and dangerous practice of so-called ‘conversion therapy.’

Wayne Besen, Executive Director of Truth Wins Out, pointed up the app in the press several weeks ago. After the app’s hateful content was revealed, Apple, Amazon and Microsoft quickly removed the app from their app stores.

The app was designed by Living Hope Ministries, a Texas-based group which purports to serve people ‘struggling with a conflict between faith and sexuality.’

But Google has refused to follow suit, despite a petition with over 141,000 signatures calling for the apps removal.

In a statement, the HRC said, “We have been urging Google to remove this app because it is life-threatening to LGBTQ youth and also very clearly violates the company’s own standards.”

This is only the third time in the history of the HRC’s Corporate Equality Index that a rating has been withheld.

Walmart was given a perfect 100 this year in the CEI.

In 2015, Saks Inc. found its rating withheld when it was discovered the company was involved in a legal dispute with a trans employee.

The CEI rates companies and top law firms on criteria in four categories:

The full report is available online at www.hrc.org/cei.

Many companies use their high score to attract employees who are looking to work in a diverse and supportive environment. 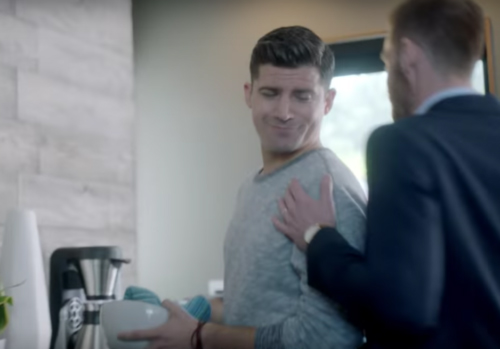 Google Home features two dads and their kids getting ready for the day.

The ad announces a new feature – multiple users. So now, Google Home recognizes each member of the family and can keep track of each person’s schedule and more, providing a more personal experience.

The spot also shows how practically every family is the same when it comes to the morning routine. 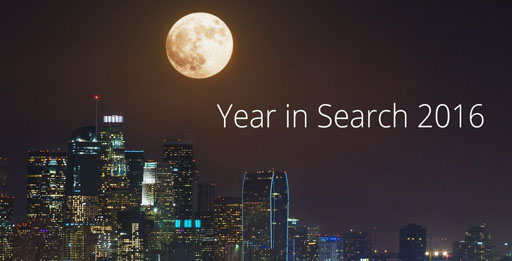 See what the world searched for in 2016.

Google assembles news stories that captivated the world — including Brexit, the election of Trump, the Orlando shooting and Syria.

While the video begins with darker subject matter, the stories shift to more uplifting moments of the year, ending with the words “Love is out there. Search on.” 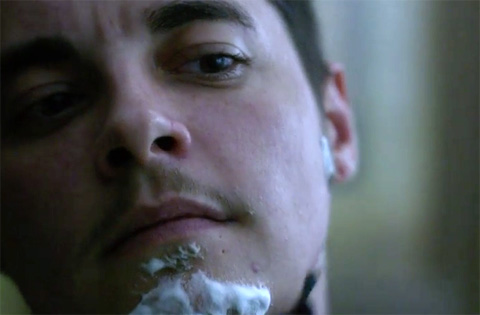 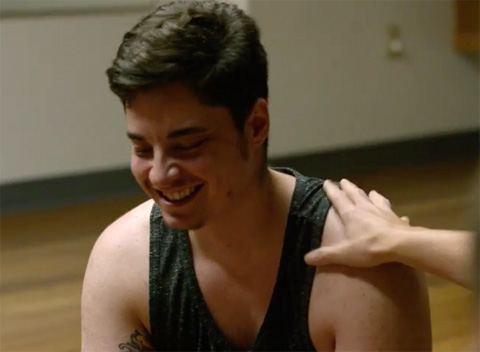 Google has produced this thoughtful video for Pride Month showing how a small business helped a transgender man through his transition.

The first half of the spot below focuses on Jake, who was born female but identified as male from a young age. The second half introduces City Gym in Kansas City, Mo., which has given Jake a place where he can feel comfortable getting to know his changing body and find support for him and his friends. (Another gym’s tagline, “No judgments,” would be pretty apt at this place.) 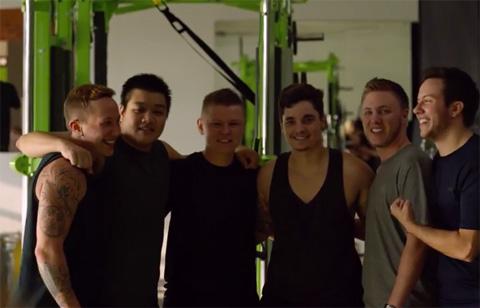 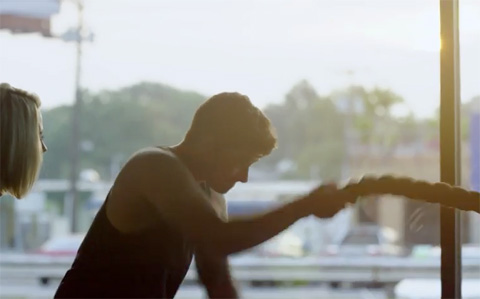 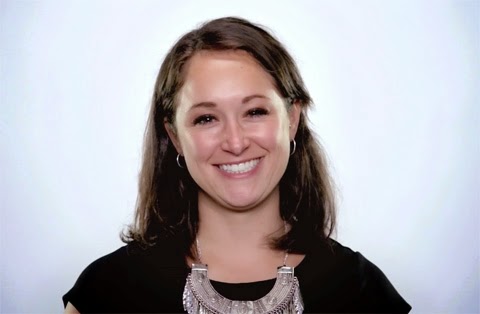 Googlers in Ireland explain why they support a YES vote on May 22nd for same-sex marriage.

Recent polls show support for marriage equality at 78% in Ireland.

Fingers crossed that that holds true at the polls. 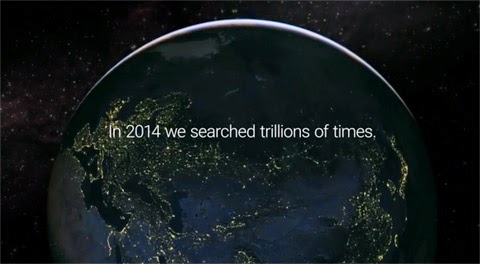 From Google: In 2014 we searched trillions of times. What do these searches say about us? Explore the Year in Search and follow the conversation on #YearInSearch 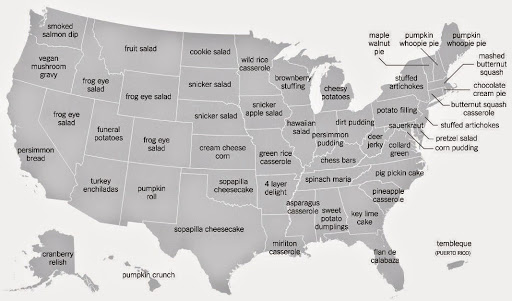 According to the NY Times, this map shows the most distinct Thanksgiving recipes Googled by state.

I personally do not recall looking for the best way to cook”Frog Eye Salad.” 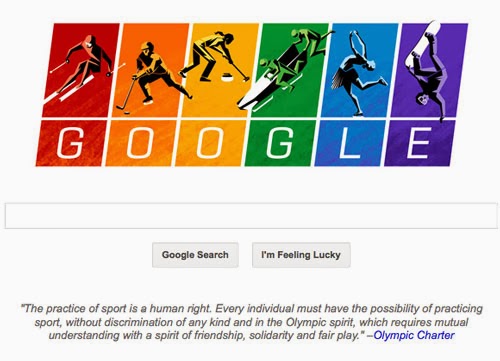 Check out the homepage for google.com 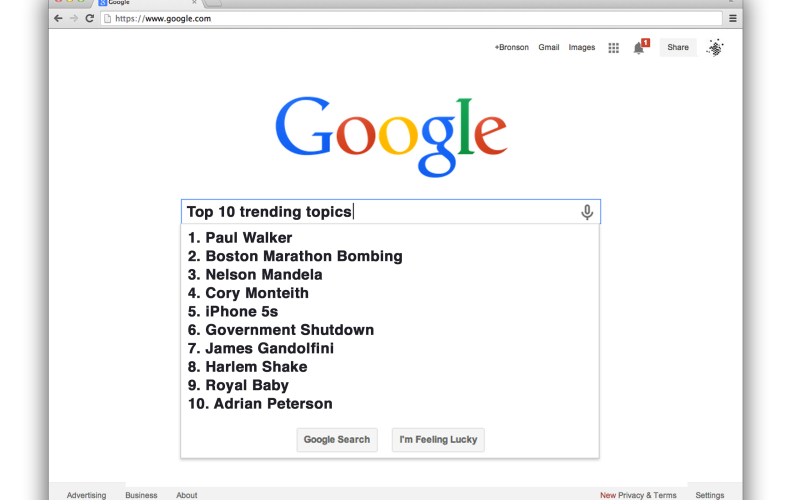 Google has compiled a list of the top 10 topics that people wanted to know most about in 2013.

Celebrity deaths, tragic bombings, and the Harlem Shake.  From The Daily Beast:

This year, Google says, the number one trending term for all of 2013 was “Paul Walker.” He was the steely-eyed American actor who was tragically killed in a fiery car crash this past November. The news swept the Internet by storm, as it was revealed the Fast and Furious star had been traveling in a 2005 Porsche Carrera GT after attending a charity event.

Following Walker, at #2 on the list, was the terrorist attack at the Boston Marathon, colloquially called the “Boston Marathon bombing.” Three people lost their lives that day. 264 others were injured. In what became a week-long news event, federal authorities and the Boston police searched for the alleged culprits, eventually killing one and wounding the other in an overnight gun fight in a Boston suburb, and leaving the world seeking answers (many of which have yet to be found).