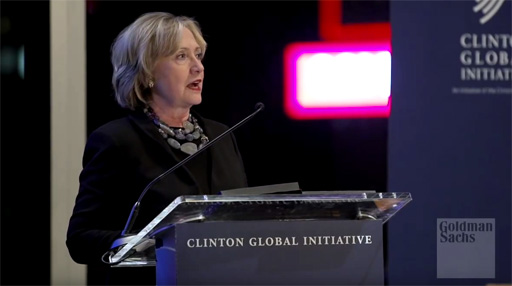 In the Democratic debate this past week, former Secretary of State was plied again with questions insinuating that by being paid to give six figure speeches at Goldman Sachs events, she must have said or promised something nefarious.

At one point she was asked if she would “release the transcripts” of her GS speeches.

Good lord. Who knows if she even has one?

But here’s the good news: now you can watch one of those speeches! Here you go!

The event featured a keynote address from former Secretary of State Hillary Clinton on the business case for empowering women to ensure future economic growth.

You’ll note nothing nefarious is discussed.

I wonder why some right-wing “news outlet” hasn’t released this news?

Oh – because there’s no “there” there. That’s why.