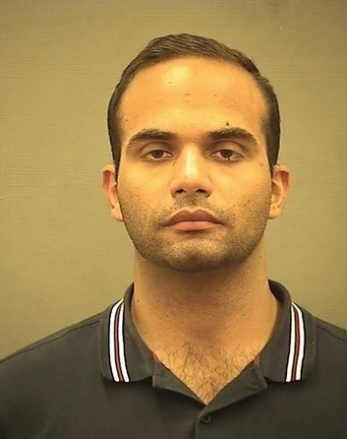 Former Trump campaign foreign policy consultant George Papadopoulos, who pleaded guilty to lying to the FBI a year ago about his activities with the campaign, was sentenced today to 14 days in prison.

In a DC federal courtroom, Papadopoulos was handed 14 days in prison and 12 months of supervised release by U.S. Judge Randolph Moss. Papadopoulos was also given 200 hours of community service and a $9,500 fine.

A week later when he was questioned by FBI in Chicago, his motive for lying was “loyalty to his career and a future with the Trump administration.”

Papadopoulos was the first Trump associate to be arrested.

In the aftermath of his arrest, Donald Trump diminished any importance Papadopoulos might have had down to merely “coffee boy” status. 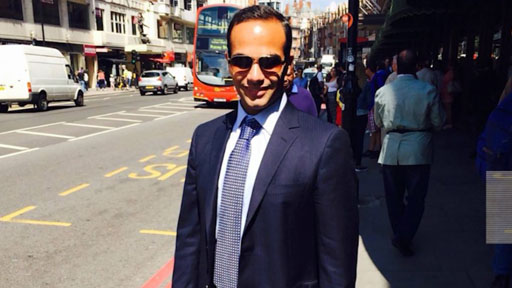 The short version of the story: it was bragging by a Trump adviser – not the infamous “pee-pee” dossier – that launched the FBI investigation into the Trump campaign’s possible collusion with Russia.

During a night of heavy drinking at an upscale London bar in May 2016, George Papadopoulos, a young foreign policy adviser to the Trump campaign, made a startling revelation to Australia’s top diplomat in Britain: Russia had political dirt on Hillary Clinton.

About three weeks earlier, Mr. Papadopoulos had been told that Moscow had thousands of emails that would embarrass Mrs. Clinton, apparently stolen in an effort to try to damage her campaign.

Exactly how much Mr. Papadopoulos said that night at the Kensington Wine Rooms with the Australian, Alexander Downer, is unclear. But two months later, when leaked Democratic emails began appearing online, Australian officials passed the information about Mr. Papadopoulos to their American counterparts, according to four current and former American and foreign officials with direct knowledge of the Australians’ role.

The hacking and the revelation that a member of the Trump campaign may have had inside information about it were driving factors that led the F.B.I. to open an investigation in July 2016 into Russia’s attempts to disrupt the election and whether any of President Trump’s associates conspired.

Donald Trump and Republicans have doggedly tried to assert the investigation began because of a dossier compiled by a former UK intelligence agent paid for by a rival campaign.

Now we know it was the bragging of a Trump camp 28 year-old idiot who then lied to the FBI leading to a plea deal and his cooperation in the ongoing Mueller investigation.

Trump Land folks have tried to discredit Papadopolous as a low-level “coffee boy,” but it turns out Mr. P was much more than that. According to Axios, he “helped arrange a meeting between Trump and Egypt’s President Abdel Fattah el-Sisi, and “continued for months” to set up a meeting with Russian representatives, ‘keeping senior campaign advisers abreast of his efforts.'”

News of the day: FBI’s Russia probe wasn’t prompted by the Dossier.

George Papadopolous got drunk & bragged to a diplomat saying Russian Gov’t had dirt on Clinton. That intel made it to the FBI. So the GOP’s been lying about the FBI opening the Russia probe based on the Dossier.

Most important revelation: it wasn’t the dossier that spurred action.

It was an off the cuff remark by Papadopolous.

Let’s see how Fox News spins this one. https://t.co/PtN48cpYDe

Drunk George Papadopolous: We are TOOOOTALLY colluding with Russia! 🤤

Australian diplomats: All we asked was if you like London 🤨

George Papadopolous: 🎶 DO YOU COME FROM A LAND DOWN UNDERRR!! 🎶

Ok Trumpers. It was George Papadopolous getting drunk and blabbing to an Australian diplomat that started the Trump Russia investigation.

✅Not the dossier
✅Not the Clinton campaign

It’s a self inflicted wound. 😂

When you hire clowns, you’ll get a circus. 🤡 #TrumpRussia https://t.co/KwsCcRcXxN