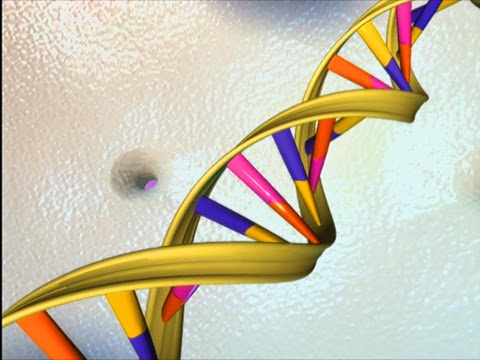 A new study by researchers in Chicago, Illinois, has found new evidence that male sexuality is influenced by genes.

Scientists tested the DNA of 400 gay men and found that genes on at least two chromosomes affected whether a man was gay or straight.

A region of the X chromosome called Xq28 had some impact on men’s sexual behaviour – though scientists have no idea which of the many genes in the region are involved, nor how many lie elsewhere in the genome.

Another stretch of DNA on chromosome 8 also played a role in male sexual orientation – though again the precise mechanism is unclear.

Researchers have speculated in the past that genes linked to homosexuality in men may have survived evolution because they happened to make women who carried them more fertile. This may be the case for genes in the Xq28 region, as the X chromosome is passed down to men exclusively from their mothers.

Michael Bailey, a psychologist at Northwestern University in Illinois, set out the findings at a discussion event held in conjunction with the annual meeting of the American Association for the Advancement of Science in Chicago on Thursday. “The study shows that there are genes involved in male sexual orientation,” he said.

The work has yet to be published, but confirms the findings of a smaller study that sparked widespread controversy in 1993, when Dean Hamer, a scientist at the US National Cancer Institute, investigated the family histories of more than 100 gay men and found homosexuality tended to be inherited.