A new survey of 37,000 adults from 33 countries by Pew Research found 64 percent of respondents lack confidence in Donald Trump to do the right thing on the global stage.

Only 29 percent said they had confidence in him.

In nearly all nations where trends are available, Trump receives lower ratings than his predecessor, Barack Obama.

That said, 54 percent reported having a favorable view of the United States as a whole.

By contrast, only 8% of Mexicans said they were confident in Trump’s ability to handle world affairs. 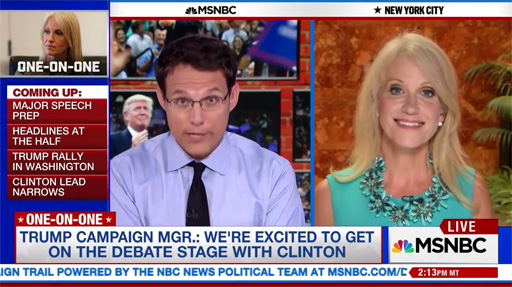 This is the kind of “spin” that slips by folks who aren’t huge political junkies day in, day out.

Kellyanne Conway, campaign manager for Donald Trump, makes this odd comment during a segment on MSNBC regarding the upcoming presidential debates:

“I think people who actually want to know what Hillary Clinton thinks about the issues literally have to tune into those debates to watch it. And I think that’s a shame that people have to wait until September 26, here in New York, to listen to what Hillary Clinton believes, unless you want to go to the website and click, what she believes on different policies.”

As everyone knows, Clinton is the ultimate policy wonk. It would make her happy to talk about nothing else.

Conway, trying to pretend that Clinton never addresses policy, is one of the most absurd things I’ve seen in a long time. 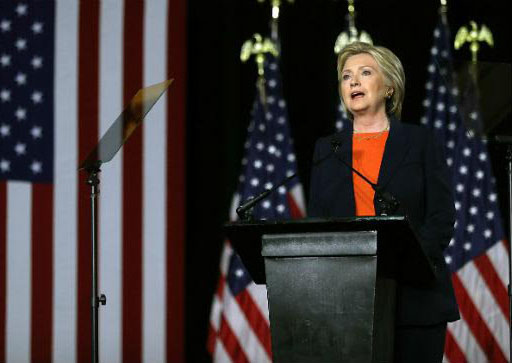 Hillary Clinton delivered what may be one of the best speeches of her political career today taking on the differences between her foreign policy views versus Donald Trump’s.

I think it’s really a must-watch. The specifics, the tone, the modulation, the slight smile every now and then, a bit of humor. Very accomplished.

I urge you to stop and watch. This is presidential stuff.

Even as Hillary mentioned Trump’s penchant for “composing nasty tweets” – he did. While the Trumpster was concerned about how she “looks,” he forgot to check his spelling.

Bad performance by Crooked Hillary Clinton! Reading poorly from the telepromter! She doesn’t even look presidential!

There's only one word for Trump's approach to foreign policy and national security: chaos.A video posted by Hillary Clinton (@hillaryclinton) on Jun 2, 2016 at 10:44am PDT 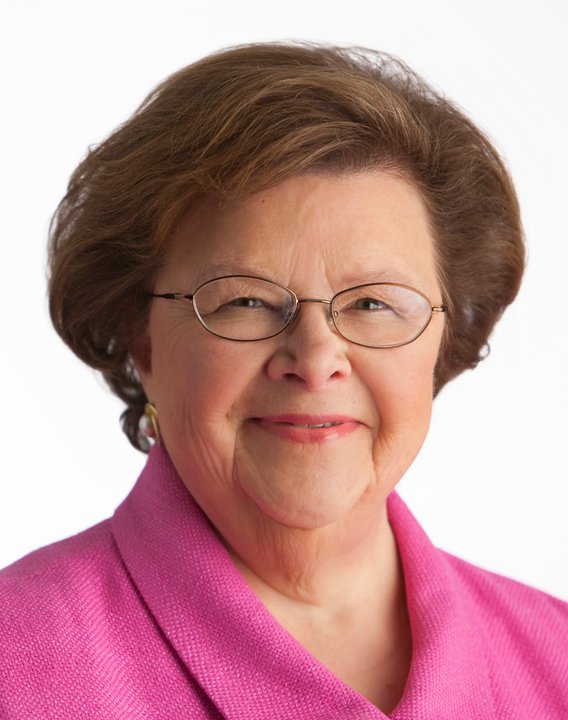 With the announcement by Democratic Sen. Barbara Mikulski of Maryland, who says she will be the 34th U.S. Senator to vote for President Obama’s Iran/Nuclear deal, Obama gets his foreign policy legacy.

Under the deal, Iran would be subjected to comprehensive inspections on its nuclear program and forced to reduce current uranium stockpiles and the number of its centrifuges. In exchange, it will be granted sanctions relief estimated to be anywhere between $50 billion and $150 billion. But the deal phases out between years 10 and 15, albeit with Iran still forced to provide some access for inspections for another 10 years thereafter. And even for supporters of the initiative, concerns remain about the possibilities of a quick military breakout once restrictions ease.

Faced with this pushback, the administration has implored lawmakers to consider the alternative, in which no restrictions are placed on Iran and the world community is unwilling to rework the accord. A briefing between ambassadors and officials from the other countries party to the deal — in which they articulated their reluctance to head back to the negotiating table — was highly persuasive to several Democratic senators.

Almost every current GOP candidate for president has said they would kill the agreement upon being sworn into office.

Whether such statements can become a reality as so simply stated are another matter. Reneging on an international agreement involving several nations could be more politically complex than tossing out a stump speech.

Democratic leaders say they are still working towards 40 votes in favor of the deal to help keep a resolution of disapproval from getting a vote. 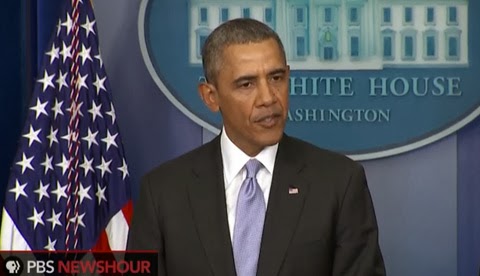 President Barack Obama spoke Friday on the situation in Ukraine, saying there would “be costs for any military intervention” in the country.

In this clip, Mitt Romney says his approach to the Israel/Palestine issue is to “hope for some degree of stability” and “we kick the ball down the field and hope that ultimately something will happen and resolve it.”

Text from the clip:

Romney spoke of “the Palestinians” as a united bloc of one mindset, and he said: “I look at the Palestinians not wanting to see peace anyway, for political purposes, committed to the destruction and elimination of Israel, and these thorny issues, and I say there’s just no way.” Romney was indicating he did not believe in the peace process and, as president, would aim to postpone significant action: “[S]o what you do is, you say, you move things along the best way you can. You hope for some degree of stability, but you recognize that this is going to remain an unsolved problem…and we kick the ball down the field and hope that ultimately, somehow, something will happen and resolve it.”

NPR’s Dina Temple-Raston says Libyan officials have informed the U.S.
that four people are in custody in connection with the attack on the
American consulate in Benghazi that killed Ambassador Chris Stevens and
three other embassy staffers on Tuesday.

But
U.S. officials have yet to interview the detainees, described as
“militants” or to verify their involvement in the attack.

Temple-Ralston says it is
also unclear whether those arrested are Libyans or foreigners. 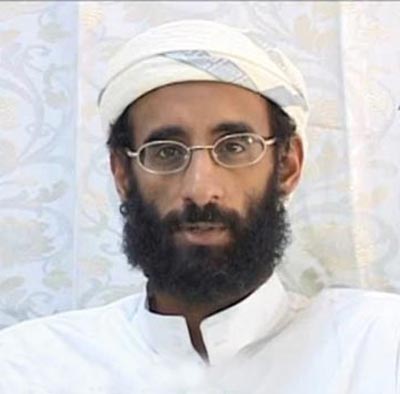 Big news today – the death of Al Qaeda’s Anwar al-Awlaki, the radical American-born cleric who was a leading figure in al Qaeda’s affiliate in Yemen.

The Obama administration has confirmed al-Awlaki’s death, and NBC reports that it was a U.S. drone that killed him. Al-Awlaki is be the most prominent Al Qaeda figure to be killed since Osama bin Laden’s death

No president since George H.W. Bush has had more foreign-policy successes happen under his watch than President Obama:

Yet when you look at polls and Obama’s approval rating, he’s getting almost no credit from the American public, a la Bush 41.