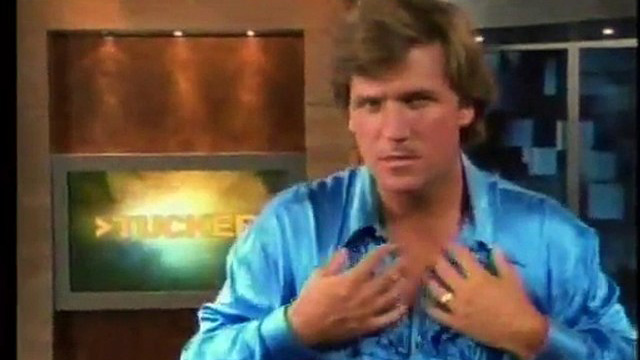 Sen. Tammy Duckworth (D-IL), a military veteran herself who lost both legs while serving in Iraq, has no civility left for Fox News personality Tucker Carlson after he criticized our female military service members.

Here’s what Tucker, who never served a day in military uniform, had to say that set her off:

Pregnant women are going to fight our wars. It’s a mockery of the U.S. Military.

Again, this is a mockery of the U.S. military and its core mission which is winning wars.

And here’s what Sen. Duckworth, along with several veterans and military leaders had to say.

Her tweet included a gif from Carlson’s time on Dancing With the Stars, with Senator Duckworth adding “While he was practicing his two-step, America’s female warriors were hunting down Al Qaeda and proving the strength of America’s women.”

F*ck Tucker Carlson. While he was practicing his two-step, America’s female warriors were hunting down Al Qaeda and proving the strength of America’s women.

Happy belated International Women’s Day to everyone but Tucker, who even I can dance better than. pic.twitter.com/E4wchht9lA

Women have laid down their lives for our military since before we were a nation. They have fought, bled, and died for @TuckerCarlson’s pathetic prep school ass to sit in that chair and mock them. We’re not gonna stand for it, and neither should you.#TraitorCarlson pic.twitter.com/0qeYpjkwir

Military leaders and veterans are excoriating Tucker Carlson for his sexist rant against pregnant women in the service pic.twitter.com/38g7FieYcC

Tucker Carlson hasn’t served a day in our military but has the audacity to belittle the women of our Armed Forces. Powerful video @votevets.

PS: I served with many honorable women in the Marines. Fox can also honor them by finally firing Tucker Carlson…pic.twitter.com/NwyPitdG5h

Women lead our most lethal units with character. They will dominate ANY future battlefield we’re called to fight on. @TuckerCarlson’s words are divisive, don’t reflect our values. We have THE MOST professional, educated, agile, and strongest NCO Corps in the world. https://t.co/WeqWk6IWDq

Drama TV – my response to Mr. Carlson’s comments on women in the Armed Forces. @TuckerCarlson pic.twitter.com/acix7CFLO9

This is me, yesterday, conducting a re-enlistment for one of the tens of thousands of women who serve in our Army. Just a reminder that @TuckerCarlson couldnt be more wrong. https://t.co/M1MHe5zHrf

Contrary to what you may be hearing this 🇺🇸WOMAN & 1000’s of 🇺🇸WOMEN like her are NOT “making a mockery of our military”. You WISH your daughter was as AWESOME as MINE! so BACK OFF. #ARMY #Navy #USMC #USAF @16thSMA pic.twitter.com/h98tpKXPJn

I am an American Soldier.

I am a Warrior and a member of a team.#SoldiersCreed pic.twitter.com/2wypxAciuB