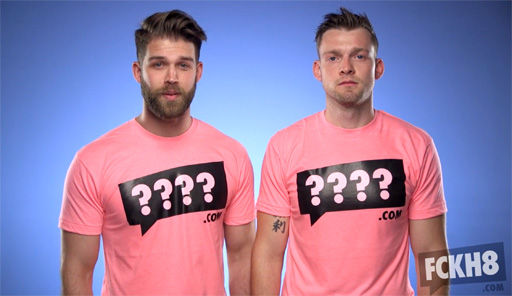 The statewide LGBT human rights organization, Forum for Equality Louisiana, has filed a lawsuit challenging the state’s constitutional ban on marriage equality based on the lack of recognition of same-sex marriages performed in other states.

The lawsuit charges that Louisiana’s refusal to recognize same-sex marriages violates the US constitutional guarantees of equal protection and due process. The lawsuit also asserts that state officials infringe the couples’ First Amendment rights by requiring them to claim that they are unmarried on state tax returns.

The prestigious New Orleans law firm of Stone Pigman Walther Wittmann filed the suit in US District Court, Eastern District of Louisiana, on behalf of Forum for Equality Louisiana and four couples who are members of the organization.

The basis of the equal protection violation claim is that Louisiana recognizes marriages legally performed elsewhere, including marriages that cannot be entered into inside the state, such as marriages between first cousins or common-law marriages. Louisiana singles out only same-sex marriages for unequal treatment, a violation of the constitutional guarantees of equal protection and due process.

So just to be clear – right now, you can marry your 1st cousin in Alabama or Tennessee, move to Louisiana and THAT marriage will be recognized. BUT if you marry your same-sex spouse in California or New York, your marriage license is null and void as far as Louisiana is concerned?

That is messed up.

And for the record – Discrimination.