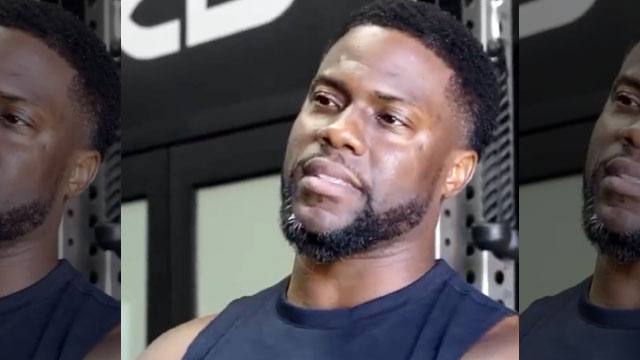 You may recall the kerfuffle that occurred when, shortly following the announcement he would host the 2019 Oscars, Kevin Hart experienced enormous backlash after decade-old anti-gay tweets surfaced.

Eventually, Hart stepped down from the hosting gig.

In his recent Netflix docuseries, Don’t F**k This Up, Hart shared with the TV audience, “I’m a firm believer in laying in the bed that you made. If there’s something that you did, then you did it. You know, there’s no wiggle room around it. You can address it, and then you can move on.”

Which brings us to a new interview with Men’s Health Magazine wherein Hart admits he didn’t handle the scandal well.

“With the whole Oscars thing, there was a big gap between what I thought the problem was versus what the problem really was,” he says. He got angry, reacting as though the only problem was that people were calling him homophobic, which he feels certain he’s not.

“I got ten years where I made sure not to joke or play in the way that I did back then because it was a problem,” he says. “I don’t care if you’re gay or not gay. I’m a people person. I’m going to love you regardless.”

But now he sees a layer that he overlooked at the time—that he missed a chance to condemn violence in every shape and form to anyone for being who they are. “It wasn’t until close friends like Wanda Sykes, Lee Daniels, and Ellen [DeGeneres] talked to me and explained what they didn’t hear me say that I understood.