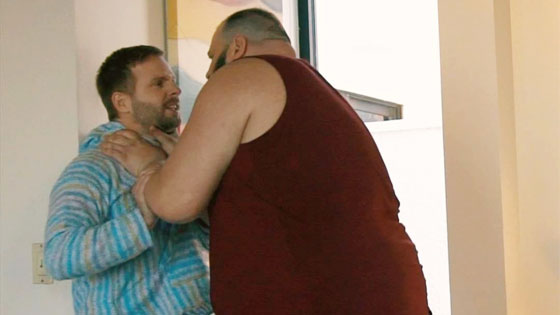 La Bufadora is a blowhole just south of Ensenada, Mexico.

Goss shares that the song was written “after a tension-filled weekend in Mexico with my husband.”

“I couldn’t help but notice the similarities between La Bufadora (exploding in the middle of the serene ocean) and our emotions (constantly bubbling and ready to explode, just under the surface),” says Goss.

In the video, Goss and Franzese are vacationing in Mexico, but tensions build to physical conflict.

“As humans, we can be so volatile or wounded at the drop of a hat,” Goss told HuffPost. “Sometimes it is a choice we make, sometimes it is the deep-seated triggers that live within our bodies and minds. Just like La Bufadora, we ebb and flow, rest and explode.” 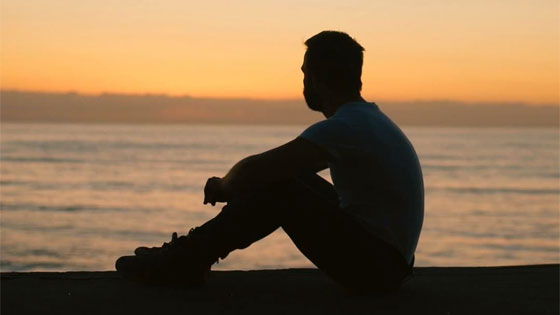 HuffPost notes that recent research by the National Center for Injury Prevention and Control found that 26% of gay men and 37% of bisexual men have experienced rape, physical violence and/or stalking by an intimate partner in their lifetime.

For lesbian and bisexual women, those rates are 43.8% and 61%, respectively. 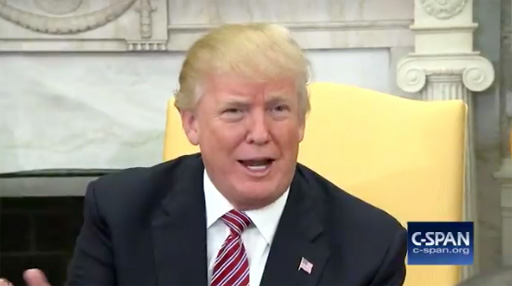 The only comment he made regarding the scandal was to defend the domestic abuser the day after the news broke.

Watch the statment below.

While the NFL still can’t fathom the ‘distraction’ of an openly gay football player, yet another straight player is in trouble with the law for domestic violence.

CNN just broke the story that 2012 Heisman Trophy winner, Johnny Manziel, has been indicted on an assault charge, according to Dallas County court records.

Manziel’s ex-girlfriend, Colleen Crowley, has accused the former NFL quarterback of restraining, hitting and threatening her during an alleged assault on January 30.

Crowley says in a sworn statement that Manziel grabbed her by the hair and hit her, causing her to lose her hearing in one ear. 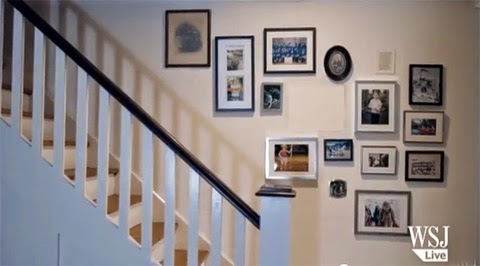 The NFL and the No More campaign (which works to combat domestic violence and sexual assault) teamed up for this PSA to run during the Super Bowl.

The premise comes from a story shared on Reddit last year by a former police dispatcher who once took a call from a domestic abuse victim who pretended to order a pizza in order to get police to her home without tipping off her abuser. 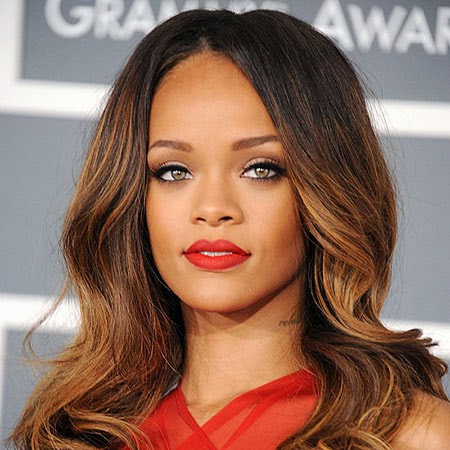 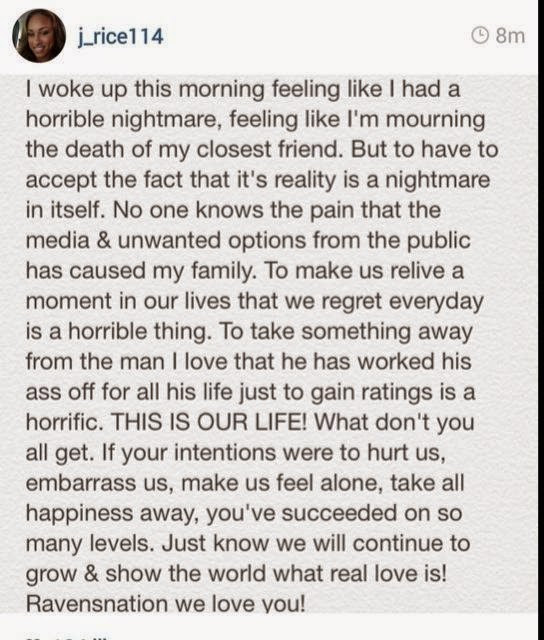 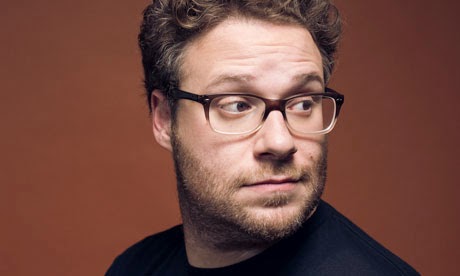 After video surfaced Monday on TMZ of the alleged moment Rice punched his then-fiancée (now wife) Janay Palmer in the face, knocking her to the floor of an elevator and rendering her unconscious, the This Is The End star blasted Rice on Twitter.

I don’t know much about football, but I know that Ray Rice is a piece of garbage who shouldn’t be allowed to play it professionally anymore.
— Seth Rogen (@Sethrogen) September 8, 2014

.@nflcommish your punishment for beating a woman is less than for smoking weed. Get your head out of your fucking ass.
— Seth Rogen (@Sethrogen) September 8, 2014 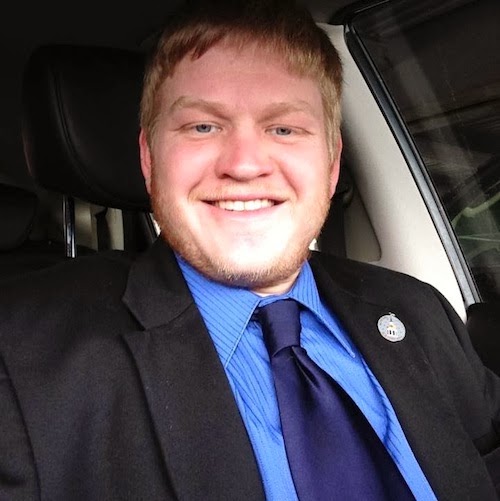 New Hampshire Republican state Rep. Kyle Tasker thinks domestic violence is funny.  So much so that he took to Facebook to joke about it.

Tasker was attempting to stand up for Republican Mark Warden, who last year said that some people “like being in abusive relationships.” ”It’s a love-hate relationship,” Warden concluded.

Taking things into his own hands, Tasker posted the image below which depicts two people, drawn as stick figures, apparently having oral sex, and captioned, “50,000 battered women and I still eat mine plain.”

Remember, the GOP thinks it has no problem with women voters.  Between the coarse humor being posted by an elected official and the message behind the post, does this go too far? 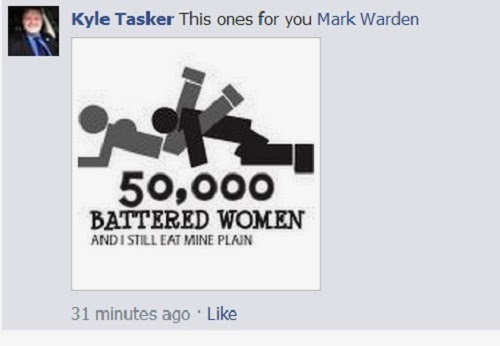 Join Candi and Randy today along with special guest, retired police officer John Bell, as they speak on domestic violence.

Domestic abuse is defined as behaviors use by one person in a relationship to control another. Candi recently experienced this violence first hand with someone renting a room in her home, and decided that it would be valuable to have a professional’s insight into how people can avoid violent situations and what can be done after.

A few statistics about domestic violence:

Number of U.S. troops killed in Afghanistan and Iraq: 6,614; Number of women, in the same period, killed as the result of domestic violence in the US: 11,766

Number of people per minute who experience domestic violence in the U.S.: 24

Number of women in the U.S. who report domestic violence: 1 in 4

Number of men in the U.S. who report domestic violence: 1 in 7

Number of women who will experience domestic violence worldwide: 1 in 3

And in diametric opposition to Mr. Erick Erickson (in my previous post) comes Patrick Stewart who speaks powerfully about how women are treated and how men hold in their hands the ability to stop most domestic violence against women.

Stewart has spoken publicly about the abuse he and his mother suffered at the hands of his father before.

The woman in the video above who asks the question about violence against women had this to say:

This was my question to Sir Patrick Stewart at Comicpalooza 2013. I wanted to thank Patrick Stewart for his speech at Amnesty International it personally help me put a name to the abuse, sexual abuse in my case, I had experienced in the past. He responded very passionately and the last thing I thought I would get at was a heartfelt hug.

When he embraced me he told me “You never have to go through that again, you’re safe now”. I just kept thanking him.

I hope everyone who needs help in abusive or violent situations has the courage to do so. There are people willing and ready to help you.

You can also learn more about Amnesty International’s campaign against domestic violence here.