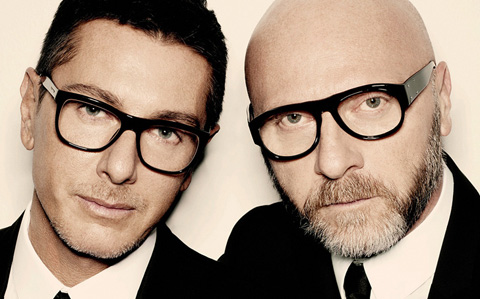 Fashion moguls Dolce & Gabbana, who in recent months referred to in vitro fertilization babies “chemical offspring” from a “rented uterus,” have issued an apology for their anti-gay adoption and IVF statements they gave earlier this year.

“I’ve done some soul-searching. I’ve talked to Stefano a lot about this. I’ve realized that my words were inappropriate, and I apologize. They are just kids. You don’t need labels, baby labels.” And as far as IVF goes, he says he’s changed his tune. “I think everybody chooses for themselves. I don’t know everything about IVF, but I love it when people are happy. It’s like medicine. Science has been put on the table to help people.”

All babies contain a soul however they come to this earth and their families. There is nothing synthetic about a soul!! So how can we dismiss IVF and surrogacy? Every soul comes to us to teach us a lesson. God has his hand in everything even technology! We are arrogant to think Man does anything on his own. As above so below! Think before you speak.,,,,,,,,,,,❤️#livingforloveA photo posted by Madonna (@madonna) on Mar 18, 2015 at 5:49pm PDT 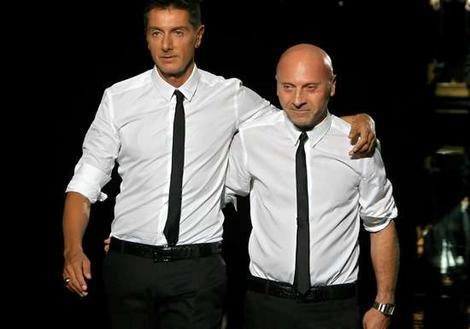 Fashion designers backtracked today on their recent comments in the Italian magazine Panorama, where they were critical of same-sex couples raising children.

The two designers were together romantically for 23 years and broke up in 2005. Their comments included their opinion that children born through IVF are “children of chemistry, synthetic children. Uteruses for rent, semen chosen from a catalog.”

“I am gay, I cannot have a child. I guess you cannot have everything in life,” Dolce added. “Life has a natural course, some things cannot be changed. One is the family.”

The comment drew sharp criticism from major celebs around the world including Ricky Martin, Elton John and Martina Navratilova.

On Sunday, Gabbana issued a statement saying “it was never our intention to judge other people’s choices. We do believe in freedom and love.”

Dolce said his comments about family were based on his personal childhood growing up in a traditional Sicilian family “made up of a mother, a father and children. I am very well aware of the fact that there are other types of families and they are as legitimate as the one I’ve known.”

Dolce added that his personal views were not a judgement of “other people’s choices.”

Elton John has called for a boycott of fashion brand Dolce and Gabbana after he said the designers labelled children born through IVF “synthetic”.

The singer and songwriter, 67, who has two children with his husband, David Furnish, angrily rebuked the Italian designers for criticising same-sex families and the use of fertility treatment.

Business partners Domenico Dolce and Stefano Gabbana, who were once a couple, have previously voiced their rejection of same-sex marriage, but in an interview with an Italian magazine this weekend they extended their objection to include same-sex families.

How dare you refer to my beautiful children as “synthetic”. And shame on you for wagging your judgemental little fingers at IVF – a miracle that has allowed legions of loving people, both straight and gay, to fulfil their dream of having children. Your archaic thinking is out of step with the times, just like your fashions. I shall never wear Dolce and Gabbana ever again. #BoycottDolceGabbana
A photo posted by Elton John (@eltonjohn) on Mar 14, 2015 at 10:29pm PDT