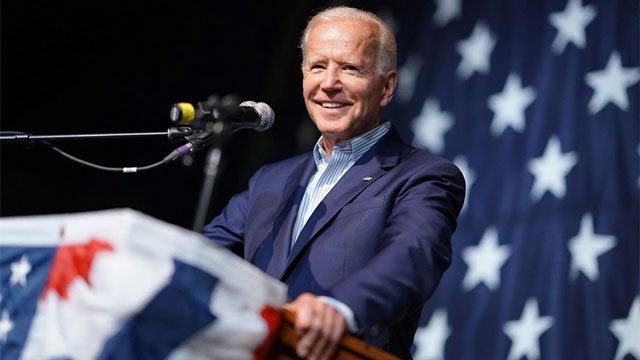 This is not how democracy works. But it is how American national security and sovereignty are violated.

The tools of our government are meant to defend the American people and our system of governance against all enemies, foreign and domestic.

And yet, at a moment when we know that our elections are under threat from foreign interference — and when the President of the United States has invited interference from Russia and China — the Director of National Intelligence is failing to provide full information about the danger.

For the DNI to curtail one of the most basic duties of our nonpartisan Intelligence Community — to keep the United States Congress fully informed about threats to our nation, in this case, about the real and rising threat of foreign election interference — is nothing less than a shameless partisan manipulation to protect the personal interests of President Trump. And it is a betrayal of the oath sworn to the American people and our Constitution.

Nothing is more important than the security and integrity of our elections. And we know that President Trump is unwilling to take action to protect them.

That leaves Congress as the best defender of our democracy. But now President Trump, through his hand-picked DNI — chosen for loyalty, not experience — is attempting to deprive Congress of the information they need to do their part.

There can be only one conclusion: President Trump is hoping Vladimir Putin will once more boost his candidacy and cover his horrific failures to lead our country through the multiple crises we are facing.

And he does not want the American people to know the steps Vladimir Putin is taking to help Trump get re-elected or why Putin is eager to intervene, because Donald Trump’s foreign policy has been a gift to the Kremlin.

Pierson told the lawmakers — Democrats and Republicans — that according to the intelligence gathered by U.S. agencies, Russia had “developed a preference” for Trump in 2020, according to an official briefed on the matter, who spoke on the condition of anonymity to discuss a classified briefing.

Following that, Trump grew angry at his acting director of national intelligence, Joseph Maguire, in the Oval Office, seeing Maguire and his staff as disloyal for speaking to Congress about Russia’s perceived preference.

The intelligence official’s analysis and Trump’s furious response ­ruined Maguire’s chances of becoming the permanent intelligence chief, according to people familiar with the matter who, like others, spoke on the condition of anonymity to discuss a sensitive matter.

Trump announced Wednesday that he was replacing Maguire with a vocal loyalist, Richard Grenell, who is the U.S. ambassador to Germany.

Another misinformation campaign is being launched by Democrats in Congress saying that Russia prefers me to any of the Do Nothing Democrat candidates who still have been unable to, after two weeks, count their votes in Iowa. Hoax number 7! 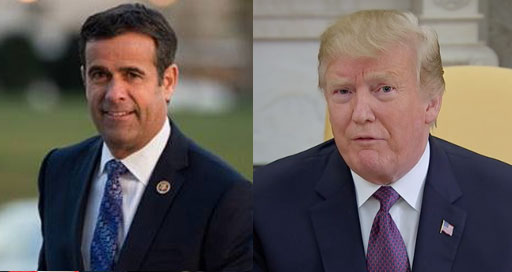 Donald Trump is reversing course on his nomination of Texas Congressman John Ratcliffe (R) for Director of National Intelligence after reports of alleged resume padding and questions about his lack of intelligence experience.

President Trump on Friday abruptly dropped his plan to nominate Representative John Ratcliffe, Republican of Texas, as the nation’s top intelligence official, following bipartisan questions about his qualifications and pushback over whether he had exaggerated his résumé.

Mr. Ratcliffe, an outspoken supporter of Mr. Trump, has come under intense scrutiny since the president declared Sunday on Twitter that the lawmaker was his pick to succeed Dan Coats, who is stepping down as director of national intelligence on Aug. 15. The selection generated scant enthusiasm among senators of both parties who would have been decided whether to confirm him.

Mr. Trump’s announcement that Mr. Ratcliffe would not be his nominee after all, also made on Twitter, spoke bitterly of the attention Mr. Ratcliffe’s claims about his experience as a federal prosecutor quickly received from the news media.

Trump has demonstrated a pattern of ‘picking’ nominees for appointments without any vetting other than liking the person. He told Yamiche Alcindor of PBS News that he lets the press do his vetting for him because it’s “much cheaper.”

Our great Republican Congressman John Ratcliffe is being treated very unfairly by the LameStream Media. Rather than going through months of slander and libel, I explained to John how miserable it would be for him and his family to deal with these people….

….John has therefore decided to stay in Congress where he has done such an outstanding job representing the people of Texas, and our Country. I will be announcing my nomination for DNI shortly.

BREAKING: President Trump says Rep. Ratcliffe, who he said he would nominate for director of national intelligence, has withdrawn from consideration.

Ratcliffe was facing questions about experience and qualifications for the role. pic.twitter.com/upGNq4CroN

My Q to Pres Trump: What does this withdrawal by Ratcliffe say about the White House vetting process? This is at least the 2nd time someone you announced as a leader of an agency has to withdraw.
Trump’s answer: The press does the vetting for me and it’s much cheaper that way.— Yamiche Alcindor (@Yamiche) August 2, 2019