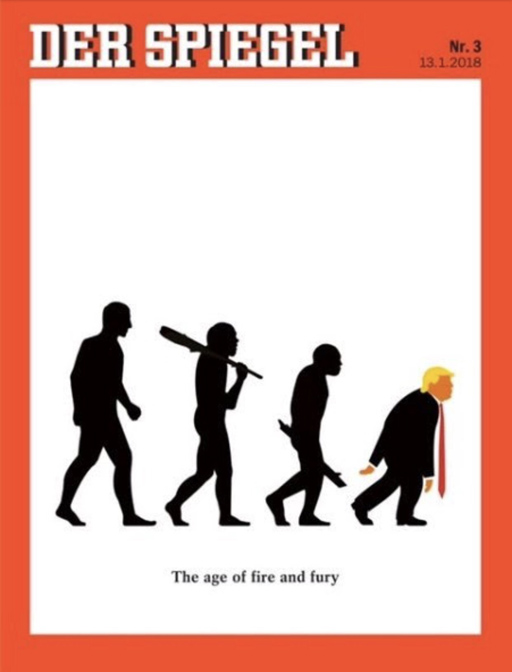 Germany’s leading magazine, Der Spiegel, asks the question: “Humanity as a whole is being set back just because of one single Person. Where is the world supposed to start again if it manages to survive Donald Trump?”

Our latest cover story explains how “Fire and Fury” came to be and whether, and the extent to which, it approaches the truth.

Most importantly, however, it delves into the consequences for an America and a world that have been confronted with a nuclear-armed fool who is likely to remain in office for some time to come, who is neither mentally nor psychologically suited for the job – apparently also not physically, either, given how late he starts the working day and how early he ends it.

That, unfortunately, is precisely the point: Humanity as a whole is being set back just because of one single person. The achievements of decades – the fight against a climate disaster, against the nuclear threat, for equality between men and women, between blacks and whites and so on and so on.

Where is the world supposed to start again if it manages to survive Donald Trump?

Remember, Donald Trump would have you believe the world somehow has more respect for us after his election…? 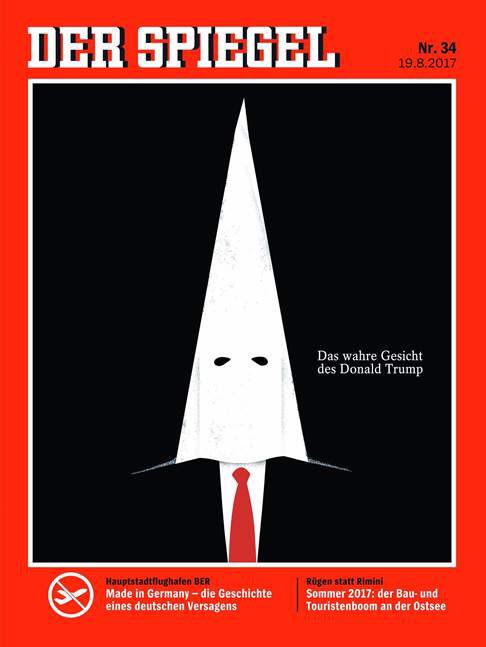 Der Spiegel (“The Mirror”), Germany’s weekly newsmagazine, and one of Europe’s most widely read, puts their version of Donald Trump on the cover with the caption, “The true face of Donald Trump.”