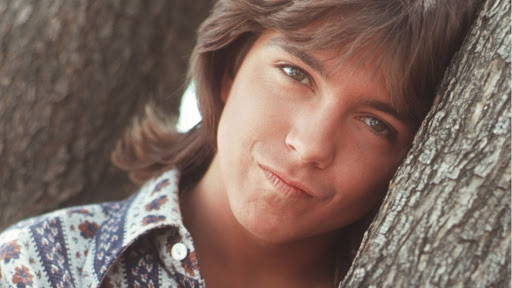 David Cassidy, 1970s teen idol and star of “The Partridge Family,” has passed away at the age of 67 due to multiple organ failure.

“On behalf of the entire Cassidy family, it is with great sadness that we announce the passing of our father, our uncle, and our dear brother, David Cassidy,” his rep, JoAnn Geffen, said in a statement given to The Hollywood Reporter. “David died surrounded by those he loved, with joy in his heart and free from the pain that had gripped him for so long. Thank you for the abundance and support you have shown him these many years.”

In February, the entertainer revealed that he had dementia and would no longer appear in concert in an effort to focus on his health and “enjoy life.” He had fallen on stage and forgotten lyrics during a show in Agoura Hills, Calif.

The show centered on a suburban family that had a band comprised of a widowed mom — played by Shirley Jones, Cassidy’s real-life stepmother — and her five kids: Cassidy (the oldest), Susan Dey, Danny Bonaduce, Suzanne Crough and Jeremy Gelbwaks/Brian Forster.

Each episode had the family doing a song. Cassidy actually played guitar and sang and Jones provided backing vocals, but the rest of the “band” was faking it.

Cassidy and Jones performed on The Partridge Family‘s debut single, “I Think I Love You,” which reached No. 1 on the Billboard Hot 100 in November 1970 just as his new show was catching on. The single sold more than 5 million copies, and The Partridge Family went on to release eight albums.

Cassidy also fronted five solo albums, and his vocals also powered such hits as “Cherish;” “Come On Get Happy,” his show’s signature tune;” “I Write the Songs;” “The Last Kiss;” and “Lyin’ to Myself.”

At the height of his fame, Cassidy was a huge concert draw selling out such huge venues like the Houston Astrodome, Madison Square Garden and Wembley Stadium.

Years later, in 1996, Cassidy performed to sold-out crowds on Broadway starring in Blood Brothers, and then headlined the $75 million EFX show at the MGM Grand Hotel in Las Vegas. 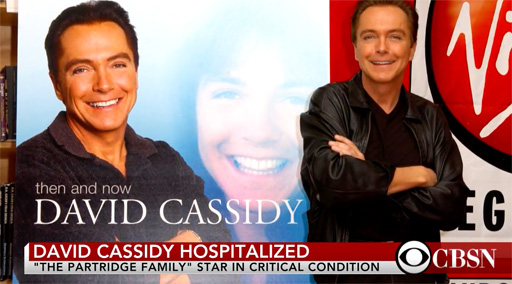 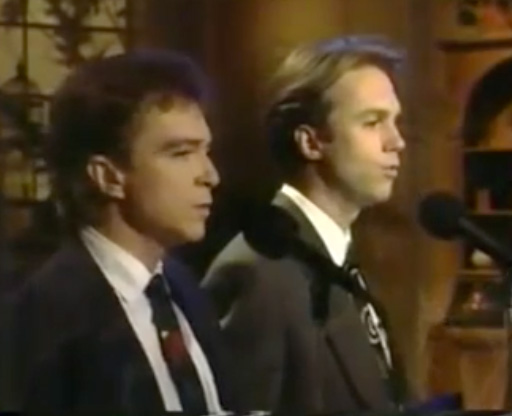 I just discovered this clip of brothers David and Shaun Cassidy from the 90s when they were starring (as brothers) in the Broadway production of Blood Brothers with Petula Clark.

As folks know, the song is usually performed by the role of the mother and joined by the full company at the end of Act Two. It’s a big, moving company number that brings down the house.

Interestingly, Shaun and David’s characters are the only folks who don’t sing the song since they are lying dead on the ground at the time.

It makes me wonder why it’s the brothers Cassidy singing here and not Petula. Maybe she didn’t want to get up and sing that early?

In any case, it’s the only time I’ve ever seen the song performed by the two “brother” characters, and I think it’s quite lovely.

Sadly, the world recently found out David is suffering from dementia.