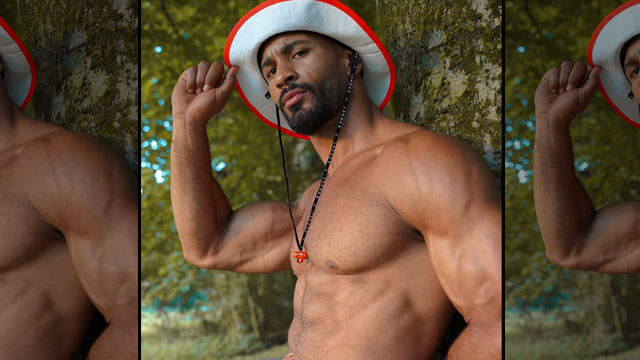 Checking in with the Hunks of Instagram – first up, Joel Green (above) answers the eternal Sondheimian question: Does anyone still wear…a hat? (The answer is clearly yes, and, well).

International pop star Maluma is dancing in Hawaii asking if anyone celebrates “for the love that is gone?”

Bremen Menelli had some quality time with Hugo the doggo:

He’s brought so much light into my life. I have no words to describe our bond. #unconditionallove #doglovers

Bearded Frank needed (and got) some well-deserved beach care:

Daniel Newman seems to know as much about sportsball as I do, LOL…

I don’t really need an explanation about what Jason Momoa is doing here. I just want to watch 🙂

like a pig in shit. 🤣🤣🤣hard to explain this one. but i had an amazing day. now i need a dune buggy. dune coming soon aloha j. @schaeffersgarmenthotel dirty pink 😭🤣😂

Ignacio Pérez Rey gets all mysterious with his caption, “All good, but…” #thingsthatmakeyougohmm

Apparently Rick and the Griffopotamus had a lake party:

Don’t forget to tune into this year’s virtual edition of Broadway Bares tonight at 9:30 pm ET on the Broadway Cares YouTube channel:

And speaking of woofy guys, the handsome Snoopy is giving you serious face here: 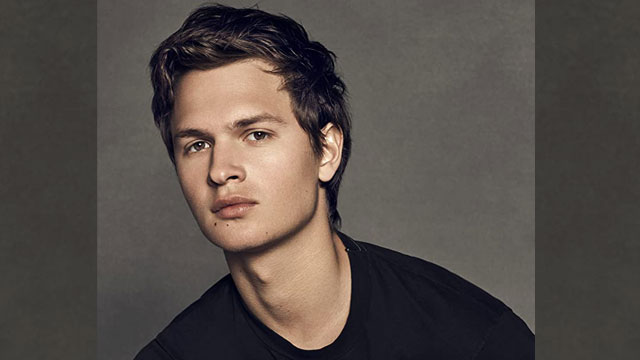 • Entertainment Weekly: Actor Ansel Elgort (above) left the internet shook Tuesday night when he shared a revealing photo via social media with the caption, “OnlyFans LINK IN BIO.” Turns out the link actually directed his fans to a crowdfunding campaign “Brooklyn For Life!” to help feed those working on the frontlines at hospitals in Brooklyn, New York.

• Radio.com: During an appearance on “I’m Listening: Stay Connected,” Walking Dead star Daniel Newman shared that, thanks to homophobia, sexuality played a deeply negative role in his life growing up as a gay man. He said he was told from childhood “that sex is private, you don’t talk about it, gay people are weird, it’s gonna ruin your career if you say anything. And on top of that, it’s nobody’s business, so just keep your mouth shut. So I felt the weight of that since I was a child.”

• The Hill: Nineteen people who either voted in-person or worked at a polling location during Wisconsin’s state elections have tested positive for COVID-19, the disease caused by the novel coronavirus, the state’s health department told The Hill.

• SiriusXM: From Blythe Danner to Demi Lovato, the “Will & Grace” cast shares stories on guest stars during a virtual town hall with Jess Cagle.

• The Daily Beast: A company Trump personally championed — even as it’s under investigation by the Defense Department inspector general – has been awarded a $7.6 million contract to build “800 linear feet” bollard barrier—that slatted design Trump favors—for the wall in Yuma, Arizona.

• Washington Post: Former vice president Joe Biden said he intends to name a panel of advisers by May 1 to help him select a running mate. He says that he wants the public to be able to see his pick as “capable of being president of the United States tomorrow.”

• Texas Tribune: El Paso Mayor Dee Margo on Tuesday said city officials should probably consider suing President Trump’s campaign to recoup more than $500,000 in expenses incurred during a rally last year. The city spent about $470,000 on security and other costs for a Trump rally in South El Paso in February 2019. Thirteen other cities are also waiting on repayment from the Trump campaign.

“This infectious, feel-good video features people of all ages and backgrounds across 10 different countries and 5 continents — and reminds those struggling and in need of community that they are not alone,” says Goss. “The single is available in English, Spanish, and French with rap features in different languages from artists on different continents. All proceeds from “Danser dans ma chambre Dancing in My Room” will go to United Way Worldwide. 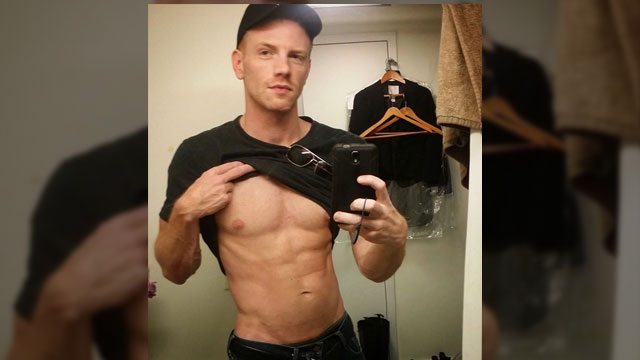 • NPR: Despite pleas from cities across the state, South Dakota Gov. Kristi Noem (R) has held out on issuing a statewide stay-at-home order to slow the spread of the coronavirus. But an outbreak of COVID-19 at Smithfield Foods in Sioux Falls, S.D., has infected nearly 450 workers and caused the number of cases in the city to grow so quickly that the mayor, Paul TenHaken, calls it an explosion.

• Axios: Gov. Andrew Cuomo of New York said Wednesday he will be issuing an executive order requiring all New Yorkers to wear masks or face coverings in public situations in which social distancing is not possible.

• NewNowNext: In the new film, Sublet, Michael (played John Benjamin Hickey), a New York Times travel writer, journeys to Tel Aviv after suffering a tragedy. The energy of the city, and his relationship with a younger man (played by Niv Nissim) who becomes his tour guide, brings him back to life.

Director Eytan Fox shares a scene from the movie where Michael and Tomer meet on the beach in Tel Aviv after spending a few days together. “This sensual setting sparks real intimacy between them for the first time,” says Fox. “As these two men sit there, they open up to each other about matters of the heart—and soul.”

The film was to premiere at the Tribeca Film Festival this year which, clearly, was canceled. No word on when the movie will be officially released but the scene below certainly sparks my interest. 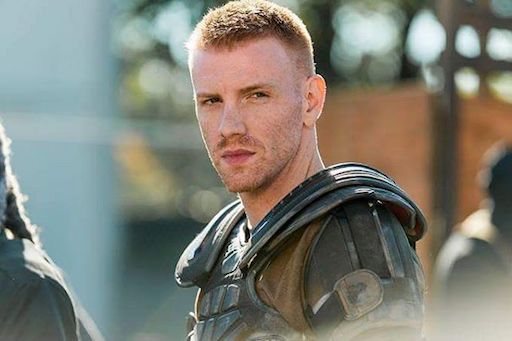 “Now is no longer the time to keep it private.”

Daniel Newman, one of the stars of the hit TV series The Walking Dead, came out last night on Twitter followed by a video where he shared his “aha moment.”

I’m #OUTandPROUD #LGBT Love you guys. Be proud to be yourself. We need everyone just the way you are! I’ll chat with you guys tonight

In the video, Newman recalls a conversation he had while volunteering at an LGBT homeless shelter.

A girl at the shelter thanked him for volunteering, especially because he was “straight.”

When he told her that he was gay, she said, “Why have you never said that publicly before? You could help change our lives.”

Here’s a partial transcript of the video via Towleroad:

“It hit me like a gut punch. It felt like someone had knocked the wind out of me. I realized how important it is in this day and age to be visible; have people know who you are.

“When you are accomplishing incredible things, and you are hiding who you are, you are hurting hundreds of millions of people.

“By us staying quiet, we’re partially to blame for kids getting beat up and ridiculed, stereotypes and stigmas.

“I grew up in an Irish Catholic family, a farm town in Georgia in the South, and it wasn’t even about homophobia or anything; it was about you just keep your private life private. So that’s the way I’ve always been. Now is not the time any longer to keep it private.”

“I’m an actor. The whole world, the industry, is like ‘here’s your big break, you’re on The Walking Dead, you can’t come out, you can’t be in the press, because everything you work so hard for is going to be gone. There’s no gay or bi leading men, no action heroes, your career’s going to be over.’ I don’t care. Because I know what’s right.”

Bravo, Daniel! And thank you!