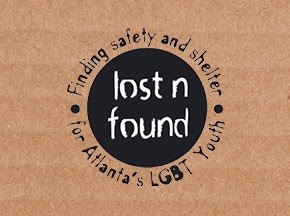 A Georgia man, Daniel Ashley Pierce, who’s video depicting physical abuse by family members during his coming out went viral, has seen a crowd-funding campaign set up in his name soar to almost $100,000 in funds to help him.

Now, Daniel has asked his friends to stop donating to the campaign and direct donations to an Atlanta-based LGBT homeless shelter.  From Daniel:

Thank you to everyone from around America and all over the world for your support in the past several days. This has been a rough time for me and I never imagined that so many people would show such overwhelming compassion and generosity.

I’ve asked my friends to discontinue donations to the GoFundMe page, but if you would still like to give money and help the LGBTQ youth homeless crisis, please visit the Lost-n-Found Youth website at www.Lost-n-Found.org for more information on how you can make a difference for the many other kids in the world like me.