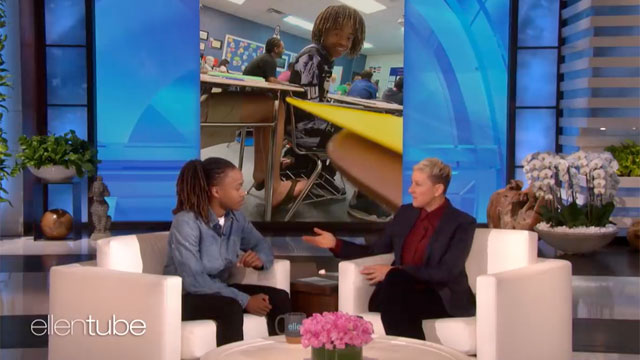 Ellen DeGeneres welcomed Texas high school senior DeAndre Arnold to her show today, who made national news after he was told by school officials that he had to cut off his dreadlocks in order to return to classes.

DeAndre sat down with Ellen to share that as it now stands he won’t be allowed to walk at graduation and why he has stood his ground.

DeAndre shares that his father is from Trinidad where men wear their hair long as part of their culture. The high school student says he’s surprised schools won’t embrace other cultures outside of Texas. 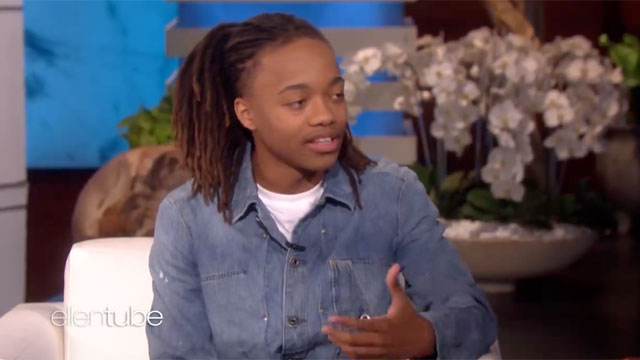 DeGeneres made an on-camera appeal to the Texas school district, asking them to do the right thing. And, of course, it wouldn’t be Ellen without a surprise.

Alicia Keys shows up to surprise Arnold with a $20,000 scholarship from Shutterfly. Happy Hump Day! 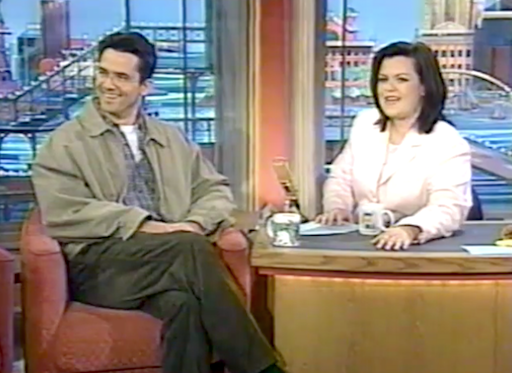 Kenneth-in-the-212 totally took me back with this 1999 appearance by Billy Campbell on Rosie O’Donnell’s then-venerable daytime talk show where the crowd actually gave a negative reaction when Campbell mentioned having played a gay role on television.

During the chat, Rosie asked about earlier TV credits and Campbell mentioned that he had appeared in episodes of the 80s TV drama, Dynasty, as a leading character’s boyfriend.

The crowd clearly reacted in such a negative way that Campbell turned to the live audience to say, “Lighten up, people, it’s the 90s.”

Kenneth shares in his post his own memory of Kate Jackson promoting the early 80s feature film Making Love which chronicled a married man’s coming out story. I vividly remember seeing the film when it came out and I had not.

Kenneth recalls The Tonight Show audience having a similar negative reaction that night.

As Kenneth writes, “I learned right then and there that I should be ashamed of myself — and went from being an outgoing kid to a painfully self-conscious teenager and young man.”

You can watch the Billy Campbell/Rosie O’Donnell clip below.

It may seem like a small thing here, but I clearly remember the subliminal messages these kinds of moments sent me as a young person: “‘Gay’ is bad. People won’t like you if you are ‘gay.'”

Glad it’s possible to grow past those experiences.