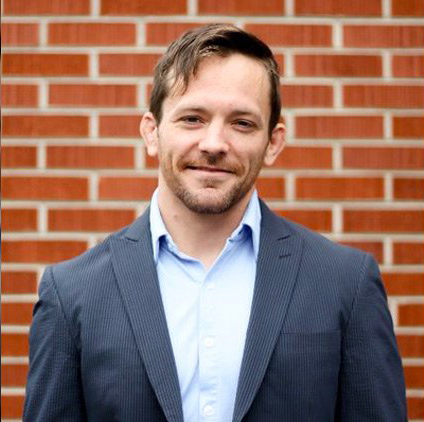 Earlier this week, the management of a Crossfit gym in Indianapolis cancelled an LGBT-themed workout via an email sent to members. The email explained that the event was cancelled because “the owners of the gym value health and wellness, and they believe that this event does not.”

“Our underlying goal for the staff and members at CrossFit Infiltrate and our other gyms CrossFit White River and University Ave CrossFit, is total health and well-being for the individual and the community. Total health involves the body, the emotions, relationships, and the spirit. At the foundational detractor from health, as we believe God sets the parameters for, is pride. We believe that true health forever can only be found within humility, not pride. Humility is seeing oneself as they truly are, and as God truly defines them to be. As a business we will choose to deploy our resources towards those efforts and causes that line up with our own values and beliefs.”

Russell Berger, “Chief Knowledge Officer” for CrossFit, attacked the LGBTQ community saying all expressions of “pride” are sin in a series of tweets which have now been deleted.

One of the tweets read, “As someone who personally believes celebrating “pride” is a sin, I’d like to personally encourage #CrossFitInfiltrate for standing by their convictions and refusing to host an @indypride workout. The intolerance of the LGBTQ ideology toward any alternative views is mind-blowing.” 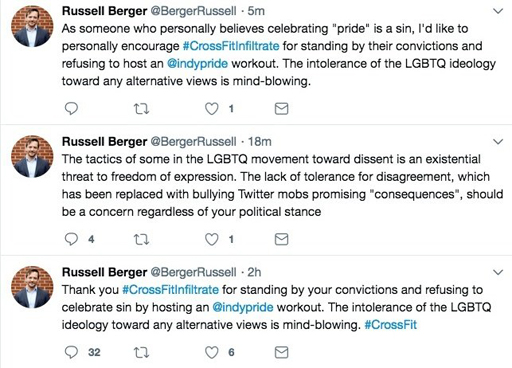 He then before fired him Wednesday evening. In an interview, Glassman called Berger a “zealot” who needed to “shut the fuck up.”

“I am crazy proud of the gay community in CrossFit.”

CrossFit is a diverse community in every way, and that’s what makes us strong. No matter who you are, how you’re built, what you believe, or who or how you love—we are proud of you.

The statements made today by Russell Berger do not reflect the views of CrossFit Inc. For this reason, his employment with CrossFit has been terminated. 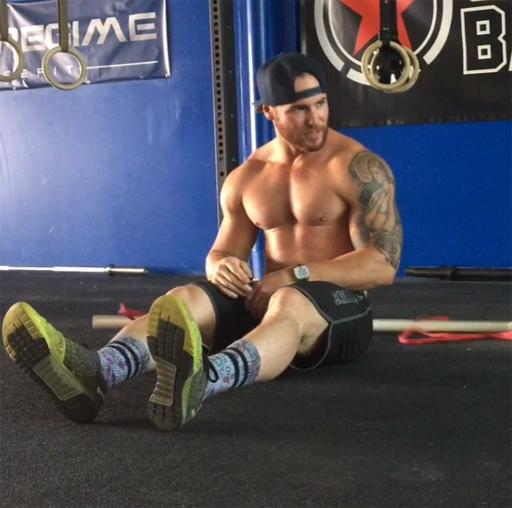 Crossfit guy Nick VanDenbeld shows you just what it takes to get that ass off the grass. 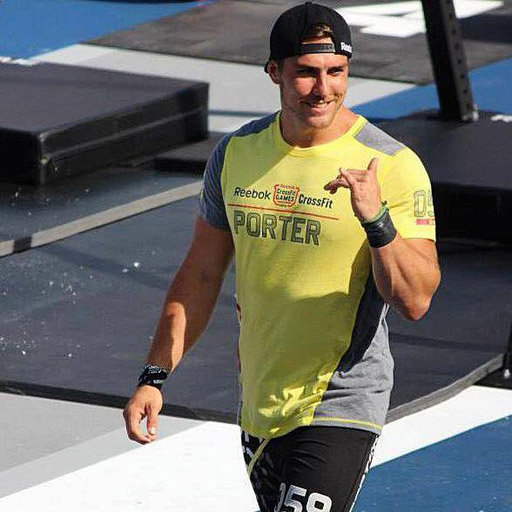 This story starts with Porter, who posted the following fun little “pre-lift” video featuring him dancing into gear before lifting 264lbs over his head.

Seeing as Instagram only allows 15 seconds of dancing and apparently the interwebs doesn’t mind a bit of Beyoncé, here…
Posted by Khan Porter on Monday, January 11, 2016

After hundreds of thousands of views, though, Khan followed that up with a thoughtful post about perceived “masculinity:”

If you guys watched my Beyoncé video yesterday, I would love you to take a moment out of your day and read the following.

Yesterday I reposted a video of myself dancing to Beyoncé and at the time of writing it, it’s been watched over 1.5 million times.

It’s also been Shared a bunch and even made its way on to TV haha.

I reposted my video after seeing Channing Tatum’s lip sync battle with his wife in which he dressed in drag and danced to a Beyoncé song and the interwebs went wild.

I posted my video for fun obviously, but also because l think the way the public reacted reflects a pretty cool shift in preconceived notions of masculinity and think that’s grounds for starting some more positive conversations about what it means to be “a man”.

A well known male celebrity goes on national television, dresses in drag and dances to a girls song and the world embraces it with open arms.

I post a video dancing and it too gets plenty of positive attention, showing a shift in the way society views masculinity or what is acceptable for a man to do or say.

But how far does that acceptance go?

If myself or Channing Tatum were openly gay and did the same thing would people still applaud it?

There’s still so many stigmatic ideas around masculinity and blokes face very real issues in terms of dealing with what society has deemed as appropriate behaviour for their sex.

Did you know that suicide is the leading cause of death for males aged between 15-44?

How about that the rate of suicide in men is almost triple women?

As someone who has personal experience with mental health issues, I know how difficult it can be for a man to seek help for something that is often brushed off as “just being a pussy” or a “soft cock”.

If society can have a good laugh and accept a man dressing up and / or dancing like a woman these days, how hard is it to have a chat to your mates about something like mental illness.

Just as its ok for blokes to dance, it’s ok for them to battle mentally and emotionally sometimes too.

If a bunch of people can watch a 25 second video, surely they can also spare the time to ask one of their mates if everything is ok.