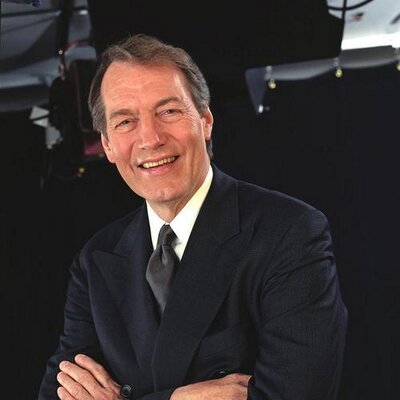 Both CBS News and PBS have terminated the contracts of Charlie Rose amid multiple allegations of sexual impropriety by the veteran journalist.

CBS suspended Rose shortly after The Washington Post published a 5,000-word story on Monday about alleged harassment, based on interviews with eight women who described “unwanted sexual advances.”

Rose said in a statement that he “deeply apologized” for what he admitted was “inappropriate behavior.”

After the initial Post story came out, other women came forward with additional allegations of sexual misconduct. By Tuesday morning, CBS executives determined that it was impossible for him to return to “CBS This Morning,” the daily broadcast he has co-hosted for the past five years.

CBS did not immediately name a replacement for Rose on the program.

Not long after CBS’ announcement, PBS made its own.

“In light of yesterday’s revelations, PBS has terminated its relationship with Charlie Rose and cancelled distribution of his programs. PBS expects all the producers we work with to provide a workplace where people feel safe and are treated with dignity and respect,” it said in a statement.

“Charlie does not get a pass here. He doesn’t get a pass from anyone in this room,” King said. “We are all deeply affected. We are all rocked by this.”

I heard about the allegations last night but didn’t have time to read the extremely detailed article by the Washington Post until this morning.

In that I have always regarding Rose as a top-shelf journalist, I’m floored reading all the many allegations.

What’s is equally surprising is the fact that many of these women went to Rose’s long-time executive producer, Yvette Vega, who would apparently respond to the reports with, “That’s just Charlie being Charlie.”

In the Washington Post piece, Vega seems chagrined at her lack of due diligence saying, “I should have stood up for them. I failed. It is crushing. I deeply regret not helping them.”

See Charlie Rose’s full statement and apology via Twitter below.

My statement in full. pic.twitter.com/3kvFrqF2dT