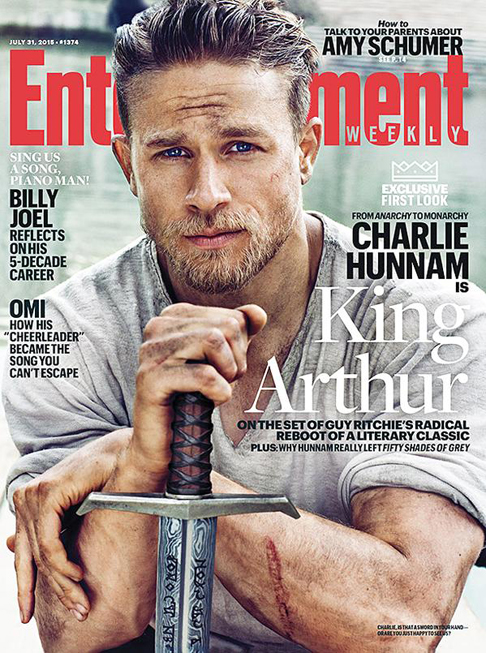 Insanely handsome Charlie Hunnam tells Entertainment Weekly that his upcoming King Arthur, directed by Guy Ritchie, will be a departure from past versions of the legendary hero:

Orphaned as an infant and raised by three prostitutes in the 5th century version of London, this Arthur is more of a street-wise hood, who looks after the people living in his tiny corner of the world. “He’s a little bit rough around the edges, but he’s basically a survivor. He’s a hustler,” Hunnam says. “He’s a street kid. There’s definitely a harder edge to him than people would imagine. It’s sort of classic Guy Ritchie stuff.”

Check out the behind-the-scenes video from Hunnam’s EW photo shoot.