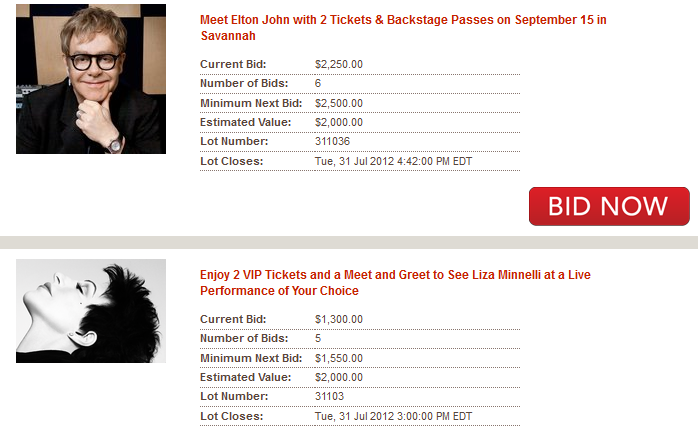 Long-time civil rights advocate and artist Cyndi Lauper has rallied an impressive list of stars from music and entertainment to help kick off the 2012 True Colors Summer Charity Auction to benefit the True Colors Funds work in support of gay, lesbian, bisexual and transgender equality.

Check it out on Charitybuzz. 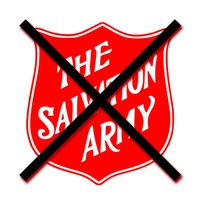 As the holidays approach, the Salvation Army bell ringers are out in front of stores dunning shoppers for donations. If you care about gay rights, you’ll skip their bucket in favor of a charity that doesn’t actively discriminate against the LGBT community.

The Salvation Army has a history of active discrimination against gays and lesbians. Many LGBT people are rejected by the evangelical church charity because they’re “sexually impure.”

On its webpage, the group claims that “the services of The Salvation Army are available to all who qualify, without regard to sexual orientation.” While the words are nice, their actions speak volumes. They blatantly ignore the position statement and deny LGBT people services unless they renounce their sexuality, end same-sex relationships, or, in some cases, attend services “open to all who confess Christ as Savior and who accept and abide by The Salvation Army’s doctrine and discipline.” In other words, if you’re gay or lesbian, you don’t qualify.

The organization also has a record of actively lobbying governments worldwide for anti-gay policies – including an attempt to make consensual gay sex illegal. (Yes, you’re paying lobbyists with those donations.)

Instead of donating to the Salvation Army, choose a different charity that will help everyone without prejudice. Find a local secular charity – or here are some national organizations that provide help to anyone who needs it:

And if you are here in the Las Vegas area, my personal charity of choice, The Saint Therese Center, helps hundred of HIV/AIDS affected people every year – without judgement. I highly recommend you check them out and send your charity dollars there.

To benefit the Olivia Newton-John Cancer and Wellness Centre
(Supplies are limited – order now)
“We are souls alike.”
Be So Do So is honored to collaborate
with Olivia Newton-John on this LIMITED EDITION t-shirt.
A portion of the proceeds of all sales of this shirt will benefit
The Olivia Newton-John Cancer & Wellness Centre.
Available in both Women’s and Men’s sizes.
The t-shirt graphic features Olivia’s actual handprint & signature on a short sleeve cozy crew.
Color: White – 100% Cotton
Handprint screened in gray-Signature screened in pink.
To order, go to besodoso.com

Voting ended yesterday in the Pepsi Refresh Project and from the standings, it looks like LGBT projects will be receiving $325,000 in various communities.

GLSEN (The Gay, Lesbian and Straight Education Network) will receive $250,000 for their proposed project to send Safe Space Kits to 10,000 school across the country to help make schools safer for LGBT students.

GLAD (Gay & Lesbian Advocates & Defenders) will receive $25,000 to help empower LGBT youth so they know their legal rights and resources. The project will work with youth to ensure a safe learning environment in school.

PROMO Fund – grassroots community organization dedicated to improving, encouraging and enabling the healthy development of LGBT youth, adults, and families in the St. Louis area, as well as other parts of the state of Missouri. To receive $25,000 to assist individuals in developing a plan for a healthy lifestyle.

Equality Pennsylvania – only organization in the Commonwealth advocating exclusively for the rights of LGBT Pennsylvanians. To receive $25,000 to provide leadership training to LGBT & allied youth in PA.

Let’s hear it for Pepsi and the Pepsi Refresh Project! And for all of you who voted for these great ideas!