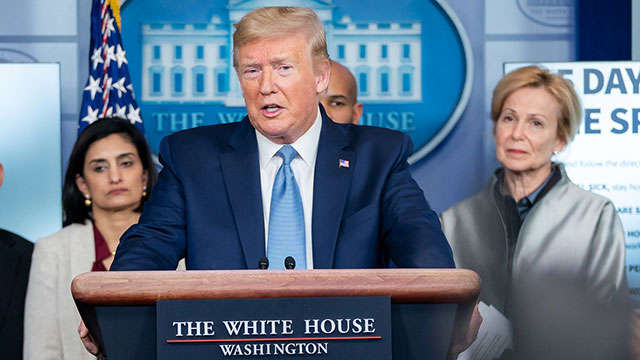 As the coronavirus effects on the economy intensify, the Trump administration has announced support for sending cash payments directly to Americans.

Treasury Secretary Steven Mnuchin said that the administration is talking to Congress about sending checks to Americans over the next two weeks to cushion the economic blow of the pandemic. “The president has instructed me we have to do this now,” he said at a briefing.

It was a shift in priority for the administration, which has been advocating a payroll tax cut, and it came as the coronavirus began to grind large swaths of the economy to a halt, cost an increasing number of people their jobs and continued to send the markets reeling.

Mnuchin didn’t mention a specific dollar amount in regard to direct payments. He did suggest there should be an income cut-off on the cash payments and that households with high-income might not be eligible.

“I think it’s clear we don’t need to send people who make a million dollars a year checks,” Mnuchin said.