• The Equality Act passes in the House of Representatives 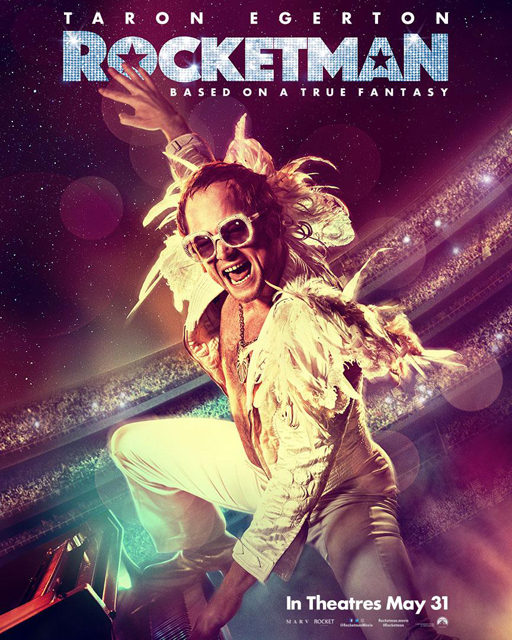 The upcoming ‘musical fantasy biopic,’ Rocketman, based on the life and career of pop music superstar Elton John, premiered at the Cannes Film Festival to rave reviews this past Thursday.

At the end of the screening, the audience – with John, star Taron Egerton and director Dexter Fletcher — reportedly burst into applause.

Egerton was seen tearing up at the response:

Taron Egerton is crying at the end of #Rocketman. #Cannes2019 pic.twitter.com/JdMeuFlZWB

The reviews so far have been strong, especially for Egerton:

“He (Egerton) doesn’t disappear into the role, exactly, but he accomplishes something nearly as remarkable, which is to locate subtle depths of feeling in a character we first see wearing a devil-horned chicken costume.” – Los Angeles Times

“It’s a biopic and a jukebox musical and a romance, and also a movie about addiction, all crammed into a frenetic, jewel-studded ecstasy of a movie.” – Vox

“All white men fortunate enough to commission big-screen versions of their own life stories should be so lucky as to have someone as casually adorable as Egerton play them on screen — not because he’s an especially strong actor but because even with various unflattering wigs and a gap-toothed bridge … Egerton has a hard time looking dumpy.” – Variety

And, of course, there are the inevitable comparisons to last year’s box office smash Bohemian Rhapsody, which focused on the life of Queen frontman Freddy Mercury, which many felt was straight-washed in terms of Mercury’s homosexuality.

“If Bohemian Rhapsody were the cheeseburger of music icon biopics, then Rocketman is the sirloin steak – with lobster on the side.” – The Sun

For those who can’t wait until May 31, there are special, limited Early Access screenings beginning today via Fandango.

The producers have also released a new song penned by Elton and partner Bernie Taupin for the end credits titled, “(I’m Gonna) Love Me Again,” performed as a duet between John and Egerton.

In addition to creative expression, I’m sure it’s also Elton’s bid for another Oscar for “Best Original Song,” as catalog tunes don’t make the cut at the Academy Awards. 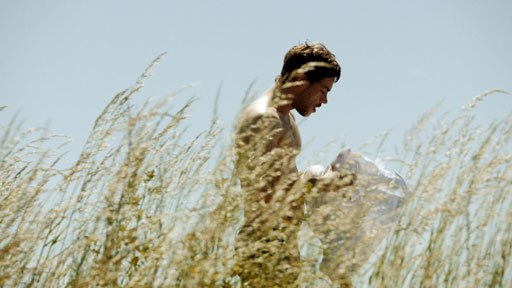 Strand Releasing has now acquired the North American rights to the provocative film which Vulture called “the most sexually frank film at Cannes.”

The film’s star, Felix Maritaud, was honored with the best actor prize during the Cannes Film Festival’s Critics’ Week. You may recall Maritaud’s previous star turn in Robin Campillo’s (BPM) Beats Per Minute which won the Grand Jury prize at Cannes in 2017. 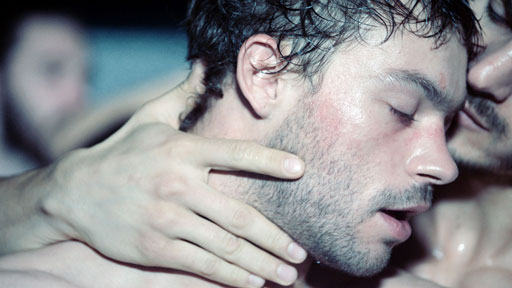 Vidal-Naquet describes the lead character as a “solitary young man who hits the road and wanders from one encounter to the next, longing for love, driven by an unquenchable capacity for love that keeps him going, regardless of the violent world around him.”

Although the movie received acclaim at the famed film festival, the debut did not go without some controversy.

One scene, in particular, was graphic to the point that some audience members got up and left the screening.

At one point, Léo goes home with a city-dwelling couple who treat him like an unthinking animal, making cruel cracks about his appearance and inspecting his teeth as though they were checking the quality of a product. It’s hard to watch this happen to someone as open-hearted as Léo, and that’s even before one of the men orders Léo to get on all fours, then begins to lube up a gigantic, intimidating butt plug which he will wield almost like a weapon.

But the director defended the graphic approach to the material, saying, “It wouldn’t be honest to make a movie about prostitution without talking about these kinds of things.”

In addition to the gritty, coarse world of male prostitution, Sauvage also finds vulnerability and balance by touching on Maritaud’s unrequited love for a fellow hustler.

The film is set for a late 2018 release and recently dropped the first trailer. Watch below.