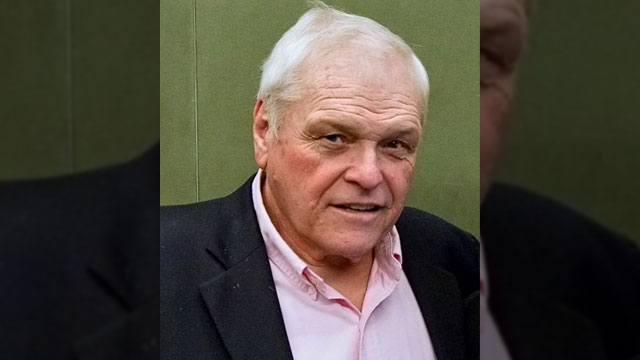 Physically imposing, powerhouse actor Brian Dennehy has passed away at the age of 81 from natural causes.

Brian Dennehy, the winner of two Tonys in a career that also spanned films including “Tommy Boy,” “First Blood” and “Cocoon,” and television, died on Wednesday night in New Haven, Conn. He was 81.

“It is with heavy hearts we announce that our father, Brian passed away last night from natural causes, not Covid-related. Larger than life, generous to a fault, a proud and devoted father and grandfather, he will be missed by his wife Jennifer, family and many friends,” his daughter, actress Elizabeth Dennehy, tweeted on Thursday.

The imposingly tall, barrel-chested Dennehy won his first Tony for his performance as Willy Loman in a revival of Arthur Miller’s “Death of a Salesman” in 1999 and his second Tony for his turn as James Tyrone in a revival of Eugene O’Neill’s “Long Day’s Journey Into Night” in 2003.

Dennehy had a decades-long association with the Goodman Theatre in Chicago, where most of his explorations of O’Neill originated.

The production of “Death of a Salesman” that won Dennehy his first Tony originated at the Goodman, later went to the West End and was brought to the small screen on Showtime in 2000, resulting in an Emmy nomination for Dennehy as well as a SAG Award and a Golden Globe. The New York Times called it “the performance of his career.”

He is survived by second wife Jennifer Arnott, a costume designer, whom he married in 1988; three daughters by Scheff, actresses Elizabeth and Kathleen, and Deirdre; as well as son Cormac and daughter Sarah with Arnott.

I was captivated by Dennehy’s incredible performance in “Death of a Salesman” in 1999. I remember I walked out of the theater feeling like I’d been wrung out emotionally.