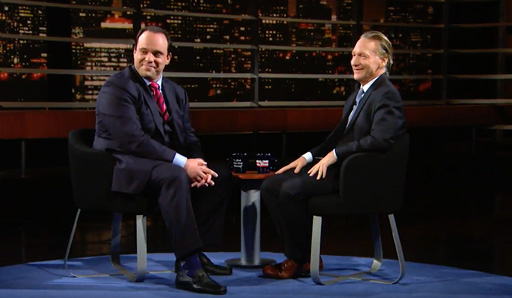 A lot of people have a trigger that enables interviewers to knock Trumpets off their talking points. But Boris, to his credit, stays cool here.

He’s only repeating talking points, but he does stay cool.

Epshteyn has a new gig at the right-wing Sinclair Broadcast Group, which he promises with produce content that will be “right down the middle” of the political spectrum.

During the segment, Bill asked Epshteyn how long Trump would be in the White House. “I think he can be president for eight years,” Epshteyn said. “Sorry to disappoint you folks.”

“Why don’t we have a gentlemen’s bet, a 100 rubles?” Maher proposed. “Gentlemen’s bet: He is out by Christmas.”