HBO has been serving up sexy content for quite a while, and never been shy about pushing the envelope a bit. The streaming network continues that tradition with The Time Traveler’s Wife. END_OF_DOCUMENT_TOKEN_TO_BE_REPLACED 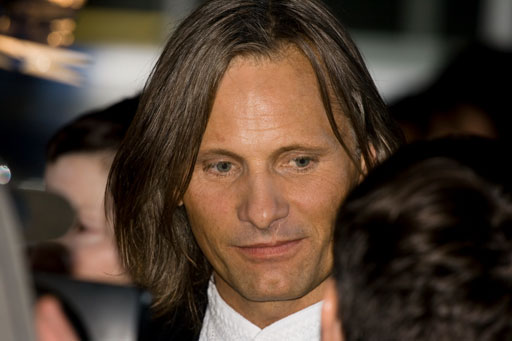 A judge in upstate New York has resigned after allegedly telling a lawyer he should get a hotel room with a certain movie star and “suck each other’s d**ks.”

The story begins back in January when Judge John W. Hallett was speaking to a lawyer who was involved in the promotion of a film festival honoring actor Viggo Mortensen.

According to a complaint filed against Hallet, who has served as a town court justice in Jefferson County since 2003, he allegedly told the attorney that the film festival was “about the gayest thing I have ever heard.”

He then – allegedly – added, “You and Viggo Mortensen should get a hotel room and suck each other’s d**ks.”

Five months later, while speaking to the same lawyer, he apparently made a gesture simulating oral sex and then patted the attorney on the cheek and said, “There, there little boy.”

It would seem that the judge has a strong fixation on blow jobs, no?

According to TMZ, the New York State Commission on Judicial Conduct opened an investigation into Hallet’s odd and homophobic behavior.

While the commission hasn’t handed down an opinion on the complaint, Hallett – whose current term was scheduled to end in 2019 – has offered his resignation.

“Homophobic remarks and anti-LGBTQ sentiments have no place in the lexicon of the courts or the vocabulary of a judge,” Robert H Tembeckjian, the commission’s administrator, said in a statement to The Times Union in Albany.

“Such statements undermine public confidence in the integrity and impartiality of the judiciary, which demands that a judge be and appear fair-minded and unprejudiced toward all who have business in the courts,” he added.

In light of Hallet’s resignation, and his promise to never serve in any judicial capacity again, the commission dropped its investigation.

His resignation will take effect at the end of this year. 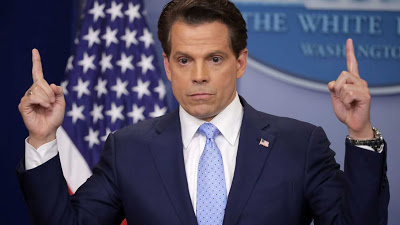 Anthony Scaramucci, who you may remember (it was so quick) spent a few days as the White House Communications director last month, tweeted the bizarre message below comparing New Yorker Magazine reporter Ryan Lizza to Clinton/Lewinsky scandal leaker Linda Tripp:

.@RyanLizza is the Linda Tripp of 2017. People know. And he is up at night not being able to live with himself.

Of course, the odd thing about this is Tripp secretly taped her conversations with Monica Lewinsky regarding President Clinton. Scaramucci called Lizza and knew he was being recorded, yet kept yapping obscenities about folks in the White House.

And if Lizza is the “Linda Tripp” of this analogy, doesn’t that mean “Mooch” is Lewinsky? And we all know why she’s famous, right?

Note – New York and Washington D.C. are “one-party consent” jurisdictions, which means that it is legal for anyone on a phone call to record the conversation.

The Twitterverse was happy to jump in:

Linda Tripp was a New Yorker reporter who was always on CNN?

Tripp taped Lewinsky without her knowledge because she hated Clinton. Lizza taped you because that’s what reporters do, Doofus.

Dude, do you even realize what you just admitted?— Chad Campbell (@repcampbell) August 10, 2017

He did not think this analogy through.