I know tons of folks who find a laid-back cowboy pretty sexy.

People says it wasn’t six-pack abs or a pretty face that sealed the deal but Blake’s funny, down-to-earth charm.

But other folks have pointed out only one black man has ever been given the title. Can anyone think of a sexy black man?

Or Hispanic? Or Asian? 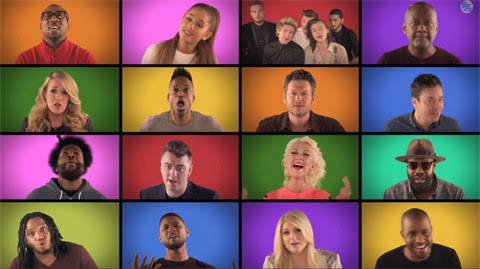 In honor of the Super Bowl, Jimmy and the Roots join Carrie Underwood, Sam Smith, Ariana Grande, Blake Shelton, Usher, Meghan Trainor, One Direction, and Christina Aguilera for an a cappella version of “We Are The Champions.” 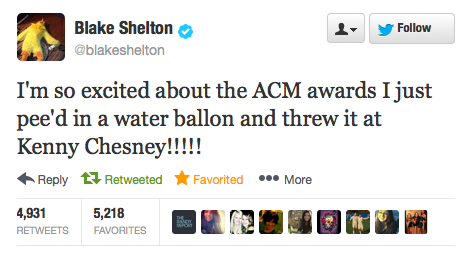 That Adam Levine. Funny guy. Imagine what it’s like behind the scenes at The Voice.

Blake Shelton joking about his “bromance” with fellow The Voice judge Adam Levine:

“All I have to say is, it’s true: I have a man crush on Adam. It blows me away people can pick up on that just by watching that on television. I want to kiss him. I want to kiss him so bad. I don’t care if it’s mutual or not. Can you honestly tell me that you don’t have a little bit of a crush on Adam? He’s sexy, is the word I’m using.” 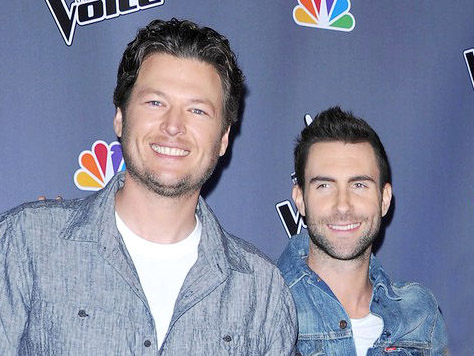 Adam Levine – “First of all… Blake, you are a real vocalist, and a damn good vocalist.”

Blake Shelton – “Thank you, Adam. Thank you very much. I love you, Adam.”

Adam Levine – “I love you, too… totally in the non-sexual way.” 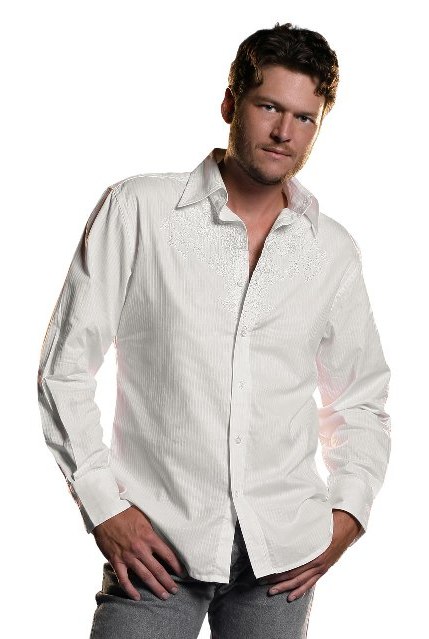 Blake Shelton has recorded a new version of Kenny Loggin’s 80s hit “Footloose” for the upcoming revamp of the movie.

Blake admits he wasn’t the producers’ original first choice to cut a new version of ‘Footloose.’

“[The producers] had envisioned a female cutting [‘Footloose’] this time around,” Blake explains. “So they threw out ideas for some other songs for me, but I finally just campaigned enough and whined about it enough that they said, ‘Why don’t you cut it, and just let them hear your version?’ So I cut it, gave it to them and they wanted to go with mine. I really lucked out.”

“It’s like a lot of stuff from that era — it was rock at the time, but is pretty much what we hear on country radio today. So I knew that we didn’t have to stray that far away from the original,” Blake tells The Boot. “When I open my mouth, what comes out is country. It was going to sound country no matter what, but I didn’t want it to be too different. There are two ways to bring back a song: one is to try to make it your own, and in this instance, you have to remove yourself from it and step into the role of what’s best for the movie and that particular scene. There’s really only one way to approach it when you think of it that way: a fun, uptempo, catchy version just like Kenny Loggins did.”