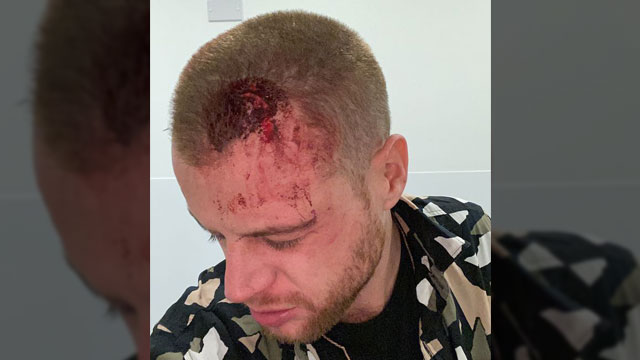 A gay man was brutally attacked on the streets of Belfast, Northern Ireland, after kissing another man in a bar.

Christopher Haughey’s injuries to his head were so severe from the beating five staples were required to close the wound to his head.

The 31-year-old told Belfast Live he walked to the bus stop on Saturday afternoon after spending time in a nearby bar.

When he arrived at the bus stop, he realized he had a long wait ahead of him, so he walked to the other side of a building to eat food he’d purchased.

“I came back round the corner and I was attacked at the lights,” Haughey. “It was two people: They pushed me and then hit me with something over the head.”

He told the police he believes his assailants attacked him because they saw him kissing another man in the bar. “There’s no other reason why it would have happened.”

The police were called to the scene, and they transported him to the Royal Victoria Hospital where he was treated. But the assault left him shaken.

The Police Service of Northern Ireland are investigating the incident, and are asking for help in identifying and locating the men.

The authorities ask anyone with information to call CrimeStoppers at 0800 555 111.