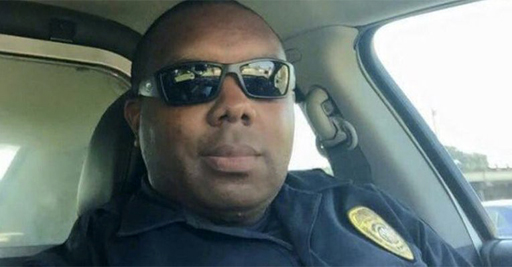 This Facebook post by slain #BatonRouge Officer #MontrellJackson is gut-wrenching, but you need to read every word pic.twitter.com/r5TR5ZSbk6— Cameron Gray (@Cameron_Gray) July 17, 2016 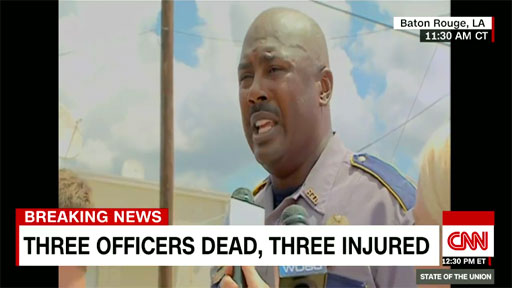 Three police officers have been shot dead in the US city of Baton Rouge, and three more have been injured, officials say.

One suspect is dead and two others may still be at large.

The local sheriff’s department spokeswoman told WAFB TV the incident began shortly before 09:00 local time. The spokeswoman said officers had responded to reports of shooting. A witness said the shooting appeared to have broken out before law enforcement officers arrived at the scene.

President Obama released this statement, which reads in part:

I want to be clear: There is no justification for violence against law enforcement. None. These attacks are the work of cowards who speak for no one. They right no wrongs. They advance no causes. The officers in Baton Rouge; the officers in Dallas – they were our fellow Americans, part of our community, part of out country, with people who loved and needed then, and who need us now – all of us – to be at our best. 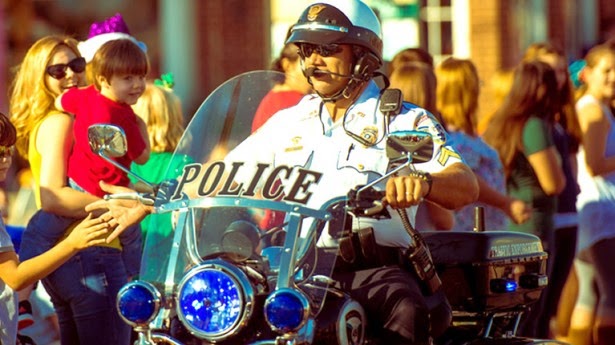 A Baton Rouge police officer has resigned in scandal after several text messages came to light in which he wished “someone would pull a Ferguson” on African American citizens, whom he referred to as a “bunch of monkeys.”

Fifteen-year-veteran Michael Elsbury resigned on Thursday after text messages he sent to a female friend were brought to the attention of his superiors. In one message, Officer Elsbury — whose patrol included the area around the historically black Southern University — wrote that blacks are “nothing but a bunch of monkeys,” and that the “only reason they have this job is the nigger, nigger in them.” It is unclear what “job” he is referring to.

In another text, he wrote that “I wish someone would pull a Ferguson on them and take them out. I hate looking at those African monkeys at work…I enjoy arresting those thugs with their saggy pants.”

In a public statement, Police Chief Carl Dabadie admitted that “it was gut-wrenching to believe that someone had that much hate in them, especially a police officer who is out there enforcing the law every day. It made me sick to my stomach.”

“I believe this is an isolated incident that occurred between the officer and this girl,” he said. “I do not want this to become a direct reflection on our officers. I have 650 officers, and 649 of them work their butts off every day for the city of Baton Rouge.”

According to a statement by the police department, there is still an ongoing investigation regarding Officer Elsbury.