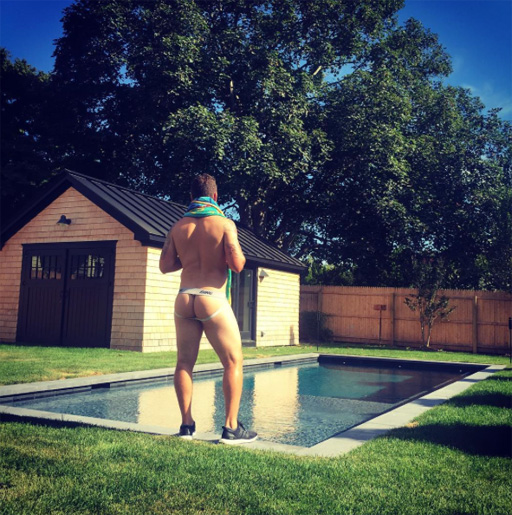 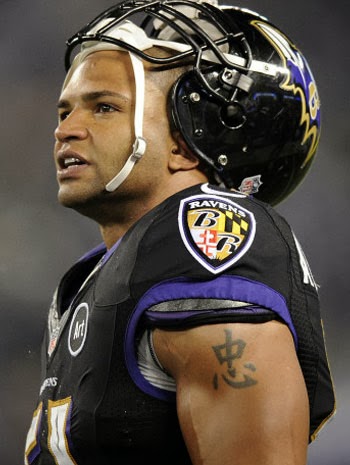 “Michael has shown great courage in taking this step and not only do we support him, we are incredibly grateful. His decision to welcome us all into his world as he embarks upon a professional NFL career is an honorable one. This moment will resonate in a unique and important way for countless people, particularly LGBT youth,” said Super Bowl champion and human rights activist Brendon Ayanbadejo, who is a member of the Athlete Ally Board of Directors. 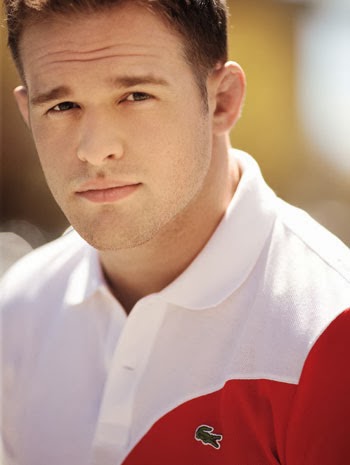 Hudson Taylor, Founder and Executive Director of Athlete Ally said: “With Michael Sam’s brave step, he emboldens LGBT athletes and straight allies everywhere. We are in the midst of incredible transformation in American professional sports. In a very short period of time, athletics has gone from being known as ‘the last closet in America’ to being in a position to lead on this issue. This is the power of sports.”

Sam was named the 2013 SEC Defensive Player of the Year, and expected to be a top draft pick for the NFL this May. 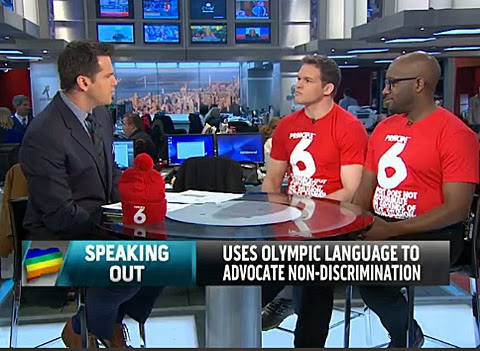 LGBT organizations All Out and Athlete Ally have partnered with American Apparel in the creation of Principle 6, a new line of merchandise that aims to use the Olympic committee’s very own charter language as a way for consumers to stand in solidarity with gay Russians, athletes, and visitors during the upcoming Sochi Games.

Principle 6 is a way for athletes, spectators, and global supporters to celebrate the Olympic principle of non-discrimination and call for an end to Russia’s anti-gay laws before the 2014 Winter Olympics in Sochi.

Hudson Taylor of Athlete Ally and Andre Banks of All Out joined MSNBC’s Thomas Roberts to talk about the partnership and goals of the campaign. 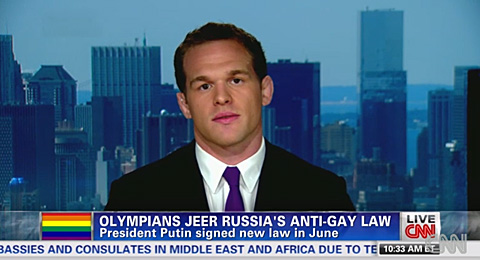 Athlete Ally’s Hudson Taylor spoke with CNN yesterday about efforts to assure the safety of LGBT athletes and visitors to Sochi and shine a spotlight on Russia’s anti-gay laws. 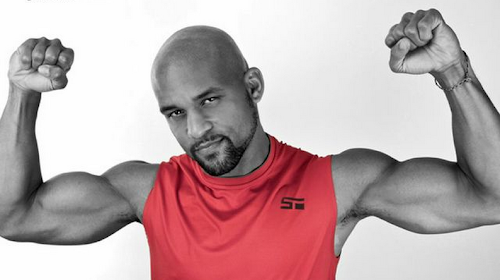 Fitness guru and creator of “Insanity” workout program Shaun Blokker, better known as Shaun T, has signed on to become the newest Ambassador of Athlete Ally, a leading organization working to raise awareness about and end homophobia in sports.

Blokker’s athletic and choreographic talents led him to success in the fitness training industry, and he produced highly successful programs like “Hip Hop Abs” and “Insanity”. He recently stepped forward as a member of the LGBT community, and joining Athlete Ally affirms his commitment to making the world of sports and athletics as inclusive as possible.

I worked with Shaun T as a dancer in 2005 in Los Angeles in the Reprise Series production of “Applause” right before his huge video fitness career took off.  He’s a great guy, and I’m glad to see him make good use of the celebrity that’s come his way.  Bravo, Shaun T. 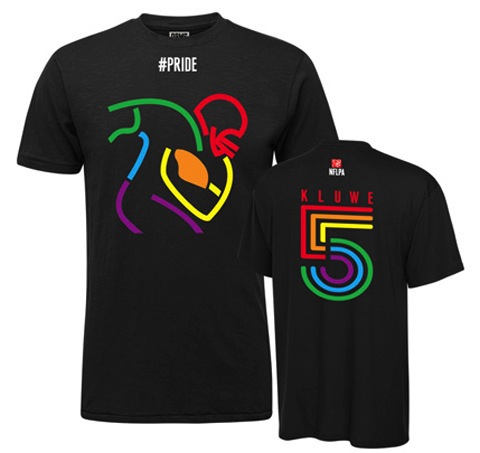 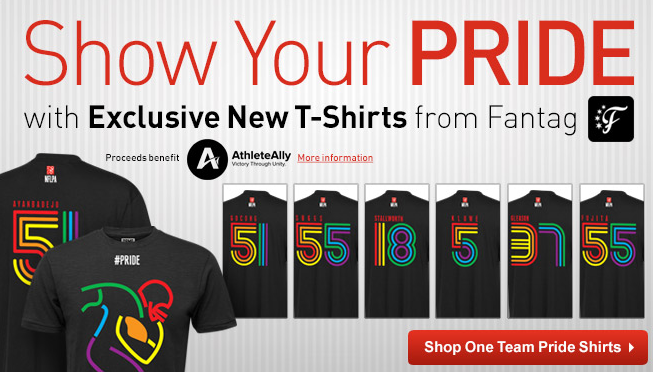 The NFL Players Association has launched a line of gay pride shirts on their website.

All proceeds from the shirts will go to Athlete Ally, the anti-homophobia in sports organization founded by Hudson Taylor.

“I am extremely proud to be a part of this collaboration between Athlete Ally and the NFLPA’s One Team Shop to raise awareness both of Pride Month and the issue of tolerance and respect within the NFL itself,” said Chris Kluwe, punter for the Oakland Raiders. “As players, we are role models to a wide variety of people, and this is a great way to send a message of empathy to those who love and watch the game. Also, I’m pretty stoked that people can buy something with my number on it.”

“June is a special month for the LGBT community,” said Super Bowl Champion Brendon Ayanbadejo. “I am extremely excited that the NFLPA’s One Team Shop is adding its name to the list of ever-growing allies. The simple fact that football players believe in equality for every human being is going to make an impact on a lot of peoples’ lives.” Steve Gleason, a former NFL Player supporting this effort said, “It’s pretty simple for me, I believe all people are created equal, regardless of their sexuality. To promote respect and acceptance is an important role for NFL players and the NFLPA.”

Now, you KNOW I’m totally getting the Chris Kluwe shirt.

Head over to One Team Shop by clicking here to take a look.  Then BUY something 🙂 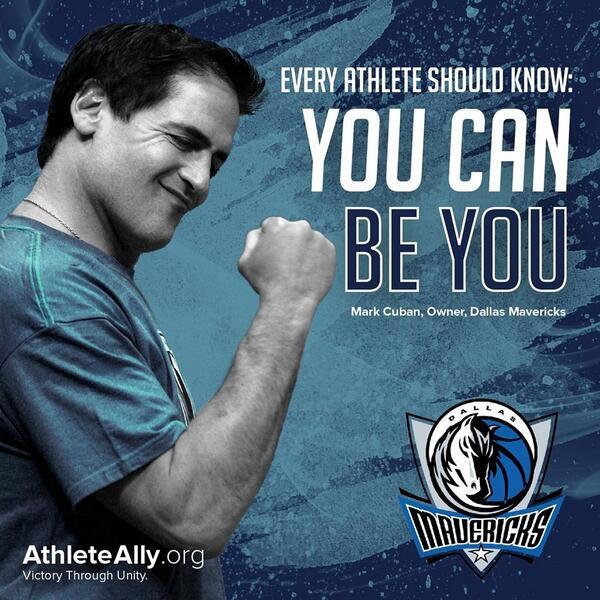 Athlete Ally announces via press release that Dallas Mavericks owner and philanthropist Mark Cuban has joined the advisory board of their organization which looks to fight homophobia in sports.

Cuban, an advocate of LGBT rights and gay inclusion in the NBA, has said he would be honored to have an openly gay player on the Mavericks. Cuban will advise Athlete Ally on its programming to help make sports a more welcoming environment for both LGBT athletes and fans.

“It’s a new world. Everyone should know that they can be themselves in sports. Leagues like the NBA, their teams and players have a great opportunity to set an example and spread a message to people who are either LGBT or straight that our culture should be celebrated for diversity and individual authenticity.”

ATHLETE ALLY encourages all individuals involved in sports to respect every member of their communities, regardless of perceived or actual sexual orientation, gender identity or gender expression, and to lead others in doing the same.

Brendon Ayanbadejo, of the world champion Baltimore Ravens and LGBT ally, has written a powerful op-ed for USA Today published today, explaining why now is the time for professional athletes to lead when it comes to treating gays and lesbians as equals.

The NFL, MLB, NHL and NBA should and can be leaders against discrimination. Whether you’re a commissioner, an athlete, a coach or a fan, your voice will let every kid out there know that there is a place for him or her in sports. We all can be ourselves and still compete with dignity and at the highest level.

This is our time and our cause. Everything we know as athletes, teammates, spokesmen and vehicles of American pastimes compels us toward the kind of action and camaraderie we saw from Pee Wee Reese nearly 66 years ago. It’s as simple as putting our arm around the shoulder of another athlete. It’s a gesture; it’s a pledge; it’s solidarity at its most basic. Our Jackie is coming. We need to pave the way.

The world should take note of how a champion handles himself.

ATHLETE ALLY™ was created by Hudson Taylor as a resource to encourage athletes, coaches, parents, fans and other members of the sports community to respect all individuals involved in sports, regardless of perceived or actual sexual-orientation or gender identity or expression.

An Athlete Ally is any person – regardless of sexual orientation or gender identity – who takes a stand against homophobia and transphobia in sports and brings the message of respect, inclusion and equality to their athletic community. Athlete Allies include competitive and recreational athletes as well as coaches, parents, teachers, league officials, sports fans, other sports participants and advocates.

“I’m on a mission to unite people; to bring people together for respect for everyone.”
– Hudson Taylor