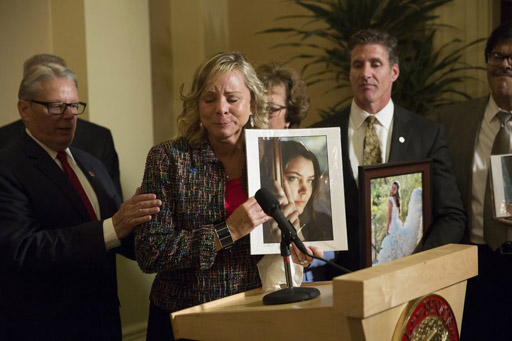 Gov. Jerry Brown signed into law today the “End of Life Option Act” which will allow terminally ill people the right to be prescribed a lethal dose of drugs albeit with specific limitations.

Assembly bill X2-15 sunsets in 10 years and narrowly defines the circumstances under which mentally competent, terminally ill patients can receive the lethal dose of medication.

Before the drugs can be prescribed, two California doctors must agree that such a person has no more than six months to live.

It is then the patient’s choice whether to take the drugs. Those who want to must affirm their intention 48 hours in advance and must take the drugs on their own, without help.

California has seen five previous efforts to pass an aid-in-dying law since 1992, when state voters rejected a ballot initiative by a 54 to 46 margin. Similar laws failed to make it out of the state Legislature four times between 1995 and 2008.

I’m personally a big supporter of the measure.

If you are terminally ill, the state should not force you to live through a painful death. I think this is wise and right.

Details of the new law:

• Allows a doctor to prescribe a lethal dose of medication under certain narrow circumstances.
• Patients who receive the prescription must be mentally competent.
• Two California doctors must independently agree that such a patient has no more than six months to live.
• It is the patient’s choice whether to take the drugs.
• Patients must affirm their intention to do so 48 hours in advance.
• Patients must must take the prescription on their own, without help.
• The law expires in 10 years unless renewed.