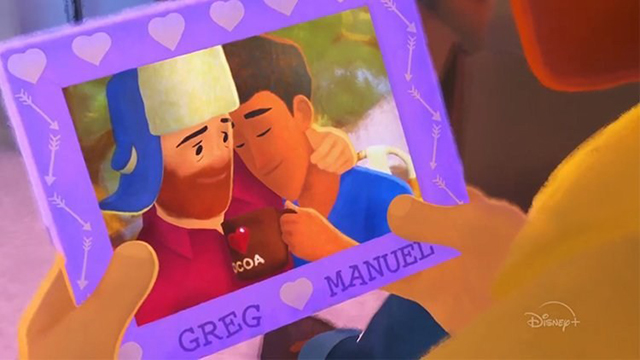 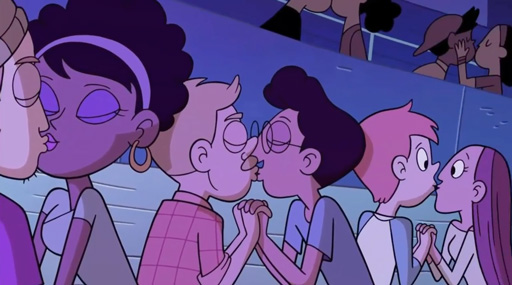 From the homophobic One Million Moms via email:

Alerting all parents! In a first for the Disney Channel, a Disney XD show subtly displayed several gay kisses in an episode that aired a couple of days ago. The “Star vs. the Forces of Evil” episode featured a scene at a boy band concert where several people, including same sex couples, kiss on cue with the music. The gender of various other kissing couples in the crowd is not always visible.

This is the last place parents would expect their children to be confronted with content regarding sexual orientation. Issues of this nature are being introduced too early and too soon, and it is becoming extremely common and unnecessary. Disney has decided to be politically correct versus providing family-friendly entertainment. Disney should stick to entertaining instead of pushing an agenda. Conservative families need to urge Disney to avoid mature and controversial topics.

The fleeting moment happens at the 1:27 moment as five or six other animated couples having a smooch.

Can you believe folks care about this???