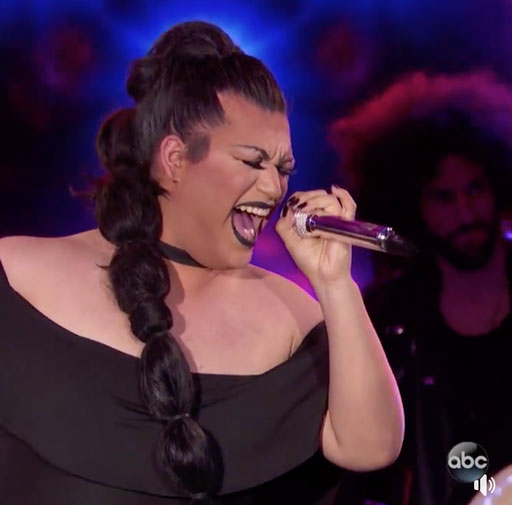 While there was a huge amount of attention being paid to former FBI Director James Comey’s interview on ABC last night, it should not be ignored that also on ABC, American Idol contestant Ada Vox delivered a scorching rendition of Nina Simone’s “Feeling Good.”

Ada Vox is the drag incarnation of Adam Sanders, who had previously auditioned for the reality talent show but been cut in early rounds.

Lionel Richie agreed with Perry tweeting later, “You are on another level!”

Folks, come to grips with the reality that a drag queen just might win American Idol — or at least wind up in the Top 2.

I cannot even begin to put you into any category @AdaVox, you are on another level! 📈#AmericanIdol

OMG @AdaVox, you are a FORCE up on that stage! #AmericanIdol pic.twitter.com/bxPS5Zhmh1

Former American Idol contestant Melinda Doolittle (one of the greatest I might add) had more praise: 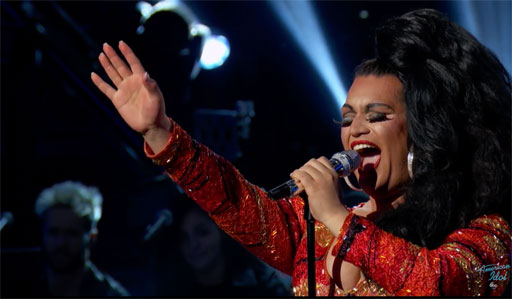 Last week I wrote about Ada Vox, the drag persona of Adam Sanders who competed in Season 12 of American Idol but didn’t make the cut.

But as Ada Vox, she is back and tearing it up. A few years older and definitely wiser, she killed last night with her cover of Radiohead’s “Creep.”

It may have been the best performance of the season thus far. Check out how the audience shares the love.

After the performance, Sanders met with the judges without drag garb, saying, “I wanted to face you all as myself without the guard. I wanted you all to see who I truly was.”

Said Lionel Richie to Sanders: “I’m glad you showed up in your true form because I want to tell your true self that the dynamic duo will be going forward.”

I’d be stunned if Ada doesn’t get into the Top 10.

What’s really wonderful are the supportive comments on the YouTube page. 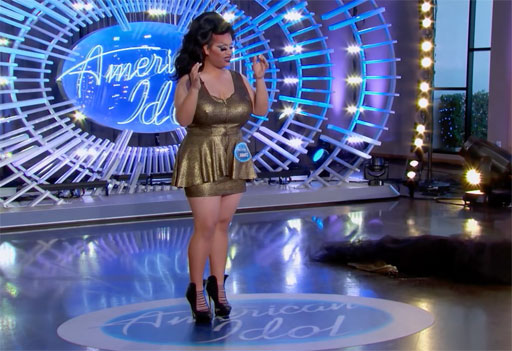 When Adam Sanders was 19-years-old he made the Top 50 of American Idol in Season 12.

Clearly, Top 50 means he was cut and had to head home.

But Sanders admits he “wasn’t ready.”

“After American Idol I started getting messages on social media every day, people attacked my weight, my sexuality…telling me that I was horrible, that I sucked, that I didn’t deserve to be here, that I shouldn’t be who I am. And I let it get to me in the wrong way. It killed me inside, almost as much as people telling me I should have killed myself.”

“I just kind of disappeared from the world for a while, and in doing that I kind of hurt myself even more. That’s really when I was at my worst, thinking maybe I shouldn’t be here. Maybe I’m not worth the fixing, maybe I’m not worth another try. But through all of the negativity I have managed to build myself up as a new person, as a stronger person. I have recreated myself in ways I could not have imagined.”

Sanders is a bit older and wiser now, and back for a second go-round on American Idol. And this time, he’s Ada Vox – ready to show the world who he is.

There’s a lot of story-telling in the clip below (because that’s what American Idol does…) but get to the where Vox wows the judges with a bit of “House of the Rising Sun.”

RuPaul’s Drag Race might not be the only place a queen can make a name for herself on TV, ok…? 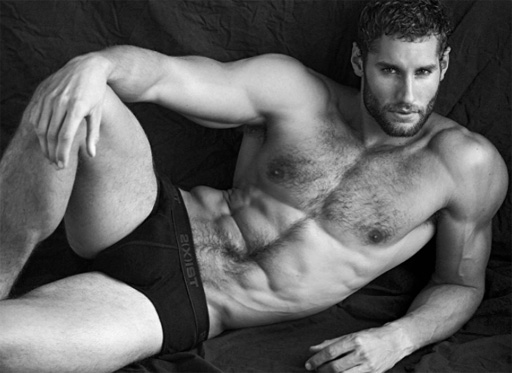 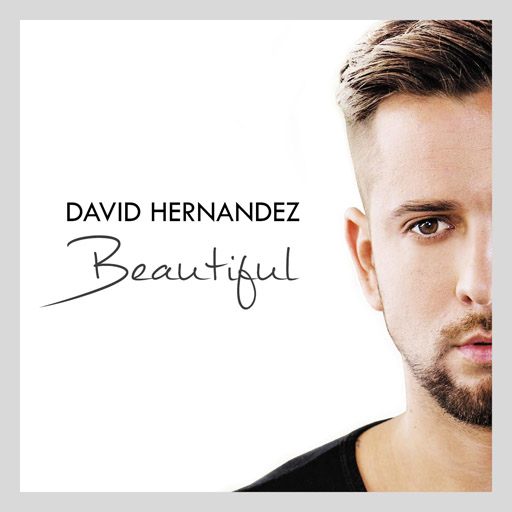 In 2008, Hernandez made it onto the reality competition series American Idol, landing in the top 12 before being eliminated. Rumors, however, quickly started circulating about the “real reason” Hernandez was sent home. Viewers bombarded Hernandez with comments about his past as a male stripper and soon questioned his sexuality, wondering if it influenced his exit from Idol.

Hernandez has said members of the show were fully aware of his past from the very beginning. But still, the media was relentless. “It was hard to go online and not read something negative about myself.”

People were more interested in rumors and scandals than the music.

Though Hernandez now believes he has the strength and self-confidence to handle a lot of backlash, his younger self did not, and the Idol drama took a toll on himself and his family.

“My dad still knew nothing about my sexuality or my profession. So when it’s plastered all over CNN that’s not how somebody really wants to go down.”

The song is imminently listenable – sexy tribal drum beat with tons of visual diversity lighting up the screen makes this a big, vocally bold anthem for celebrating all dimensions of ethnicity, sexuality, age and whatever flavor you can think of. 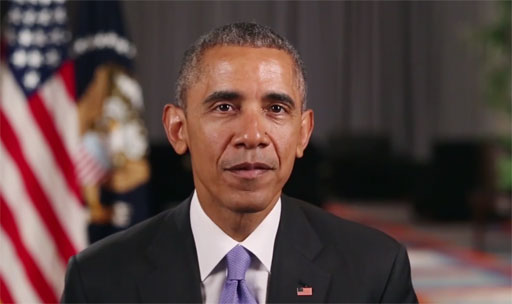 After 15 years of voting for their favorite singers, viewers of American Idol were asked by President Obama to take that same passion for participation to the ballot box this fall by registering to vote.

Acknowledging how AI “transformed television,” Obama reminded the TV audience that the show – over 15 seasons – “reached new heights.” And while admitting “not all of us can sing like Kelly Clarkson,” when we vote “all our voices matter.”

Back when American Idol was a huge juggernaut, the show introduced us to the very talented Katherine McPhee in Season 5.

McPhee may have come in second (to Taylor Hicks!) but she’s shown that living well is the best revenge 🙂

I remember when McPhee first sang “Over The Rainbow” on AI, and it was heartstoppingly gorgeous. I think she embellishes here, but clearly, she’s still a talented vocalist.

Oh good Lord… those boring ass responses from the judges!? Where is Simon when you need him!? That guy need a hook to pull him off stage.— Clay Aiken (@clayaiken) January 7, 2016

It's VERY clear now that @SimonCowell was the reason @AmericanIdol was a hit. I've watched root canals more entertaining than these judges.— Clay Aiken (@clayaiken) January 7, 2016 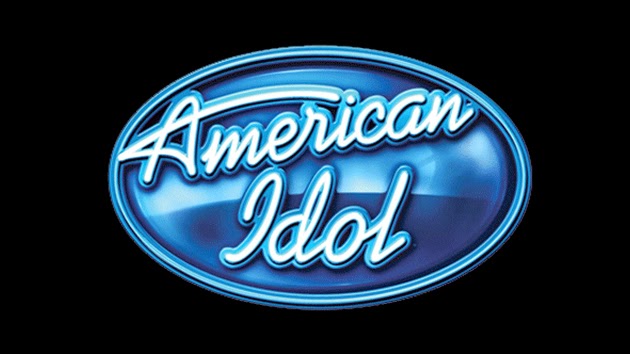 At it’s peak the singing competition drew over 30 million viewers a week, but in recent years has seen that drop to less than half of that with last season averaging about 11 million viewers. A big drop, sure; but still respectable.

But in recent years, the show has devolved in scope with a leaning for WGWGs (White Guys With Guitars), beginning in Season 7 with David Cook and continuing for four years — Kris Allen, Lee DeWyze, Scotty McCreery and Phillip Phillips.

The record sales of American Idol winners has been uneven at best. While Clarkson and Underwood show long-lasting stamina over the years with multiple #1s on the Billboard charts, not all are so lucky.

The dubious honor of “Worst Debut Album by an American Idol Winner” goes to Season 9 champ Lee DeWyze, whose post-Idol album Live It Up managed to only reach #19 on the Billboard 200, and his 2013 follow-up fared far worst: Frames peaked at No. 116.

Still, the show has managed to gift it’s contestants with opportunity previously denied the vast majority of wanna-be recording artists. While maybe not superstars all, with the exposure came at least better booking rates for touring and concert appearances. And in the end, most true artists would agree that it’s better to at least “live the dream” and make some kind of living making music than pitching tar in the noon day sun.

American Idol did a lot for many. But now it’s time to bow out gracefully.

To the producers – good call. 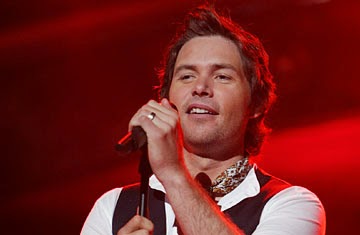 Michael Johns, a finalist on American Idol season seven, died on Aug. 1, The Hollywood Reporter has confirmed via multiple sources.

The cause of death is believed to be a blood clot in his ankle.

Born in Australia, John competed on the hit Fox TV show in 2008.

He is the first American Idol finalist to pass away.