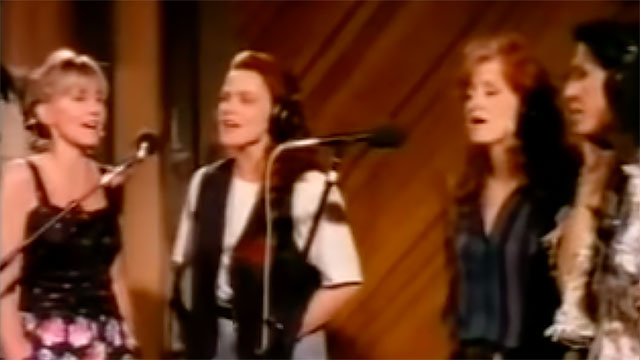 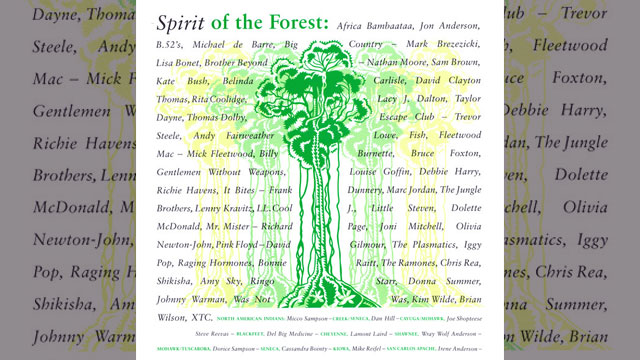 Honest to god, if you had bet me everything I own — plus my husband and cat — that Debbie Harry, Olivia Newton-John, Belinda Carlisle, Kim Wilde, Kate Pierson, Holly Beth Vincent and a host of other (212) favorites had done a charity single in the late ’80s I would be living on the street with a broken heart right now, because that’s exactly what happened.

While digging through Getty Images to try to figure out the date and photographer of a photo of Deb I posted yesterday I stumbled upon a folder labeled “Rainforest Alliance Recording Session” — huh? — which led me to the video of “Spirit of the Forest” by Spirit of the Forest, a single benefiting the Earth Love Fund, “to make people aware of the need for conservation of the rainforest.”

The record was launched on June 5, 1989 by Richard Branson and Earth Love Fund (ELF) Rainforest Appeal in conjunction with the U.N.E.P. at the United Nations. The single was double “A”-sided with star artists performing on both sides. All proceeds from the project were donated to the programs dedicated to saving the Rainforests of the world.

I have to admit I’ve never heard of the project, but I was traipsing around the country in a national touring company of A Chorus Line at the time, so I wasn’t quite up-to-date on all the music being released.

Kenneth surmises “benefit fatigue” might have had something to do with the song fading amid so many other high profile charity music events like Band Aid, USA for Africa, Farm Aid and so many more in that period of time.

He also thinks – as do I – the song itself is something of a dud. It was apparently written by Kenny Young of “Under the Boardwalk.” At the time, we had major earworms like “Do They Know It’s Christmas?,” “We Are the World” and “Sun City” scoring big on the Billboard 100.

Sadly, the message is still on point today.

p.s. Why was Olivia Newton-John relegated to the side of wide shots and not given a solo??? Longtime ONJ fans will recognize Livvy’s future collaborators Amy Sky and her husband Marc Jordan in the mix. 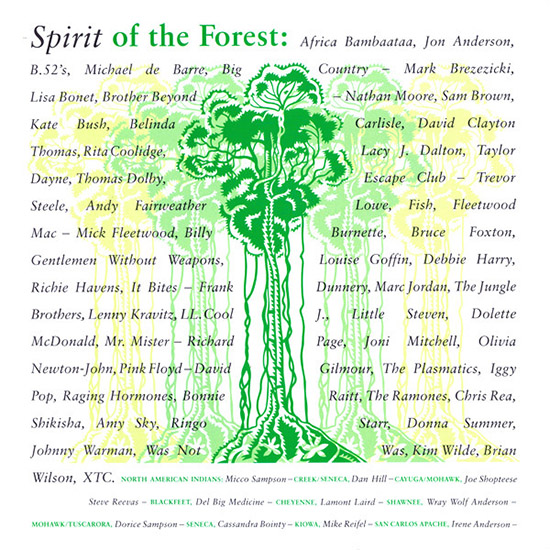