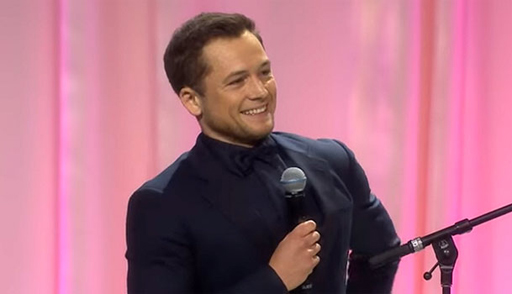 Since 1993, the Elton John AIDS Foundation Academy Award Party has been one of the most high-profile post-Oscar events in the Hollywood film industry.

In addition to the expensive ticket sales (which are given on a invitation-only basis), there’s a celebrity auction that helps raise funds for the foundation.

At last night’s event, one item up for bid was a trip to the London premiere of the upcoming Elton John musical biopic, Rocketman, starring Taron Egerton.

During the auction, Egerton was asked if he’d sing one of Elton’s songs, reports EW. The handsome Kingsman star agreed to an impromptu performance (he does his own singing in the upcoming film) but only if Elton would accompany him on the piano.

And the music legend sat right down and began to pluck out the notes to “Tiny Dancer.”

As the introduction played, Egerton (who was clearly thrilled) turned to the audience and said with a smile, “It’s funny how life turns out, isn’t it?”

I recently shared the trailer for the epic musical fantasy here.

Hit the play button below for Egerton and Elton performing “Tiny Dancer” at the gala event (which raised over $6.3 million for AIDS efforts around the world).

Rocketman lands in theaters May 31. 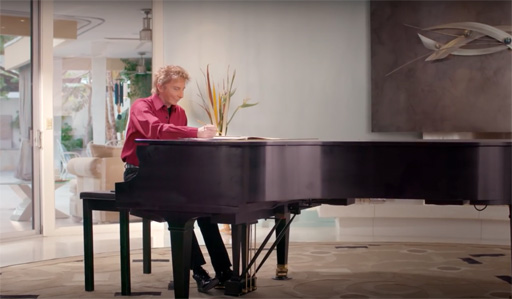 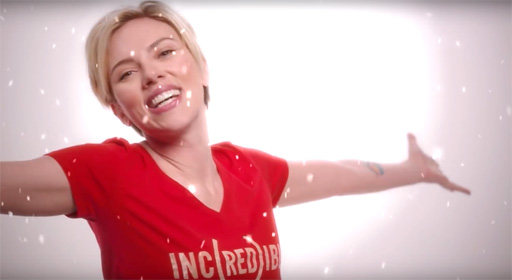