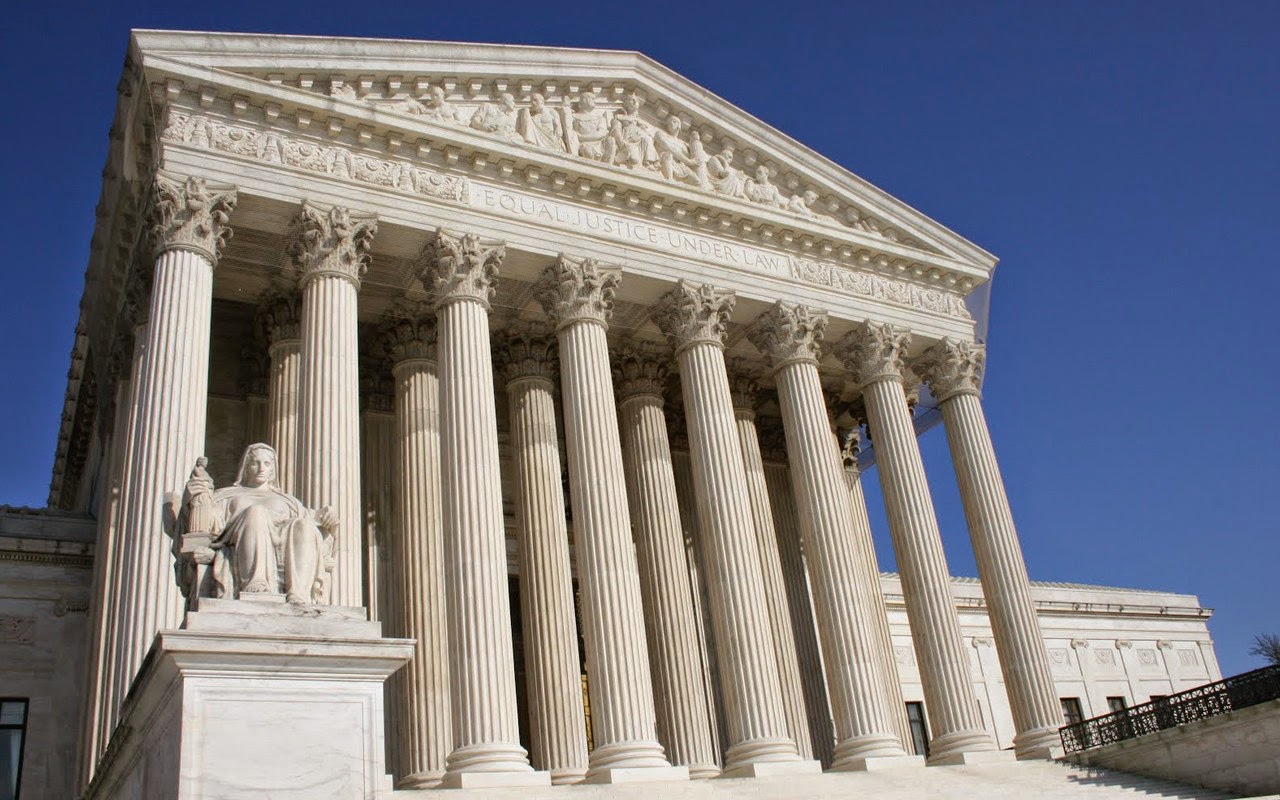 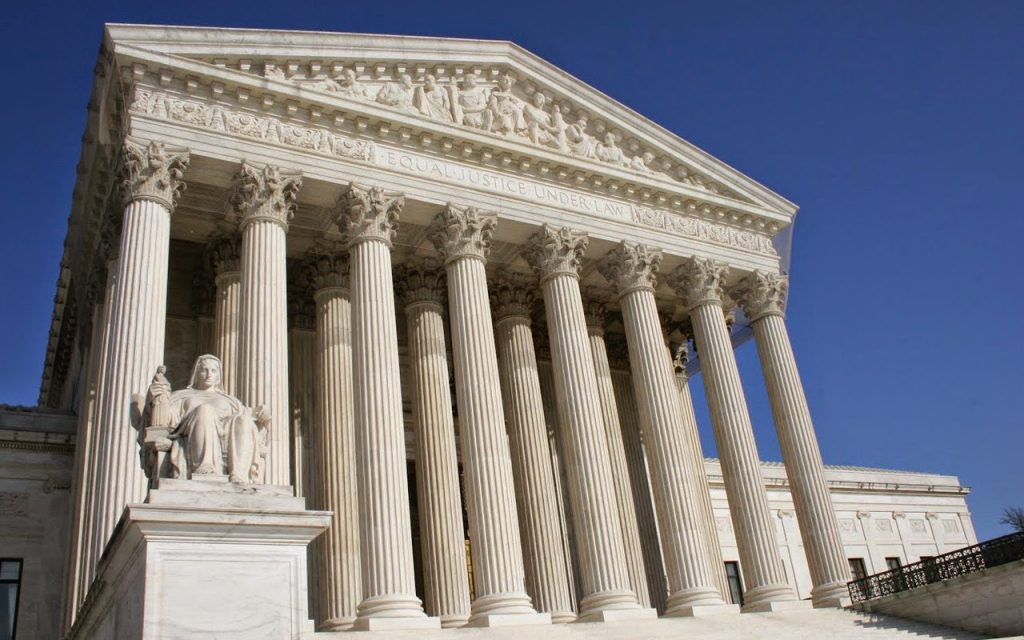 The Supreme Court has blocked Texas from enforcing major components of a 2013 law that would close all but eight of the state’s abortion facilities.

The justices largely granted the request of abortion providers Tuesday. With three dissenting votes, the court suspended a ruling by the 5th U.S. Circuit Court of Appeals that allowed Texas to enforce a rule making abortion clinics statewide spend millions of dollars on hospital-level upgrades.

Voting 6-3, the US Supreme Court sided with abortion providers by suspending a ruling by the 5th Circuit Court of Appeals which would have allowed Texas to require abortion clinics to spend millions on upgraded facilities in order to stay open. 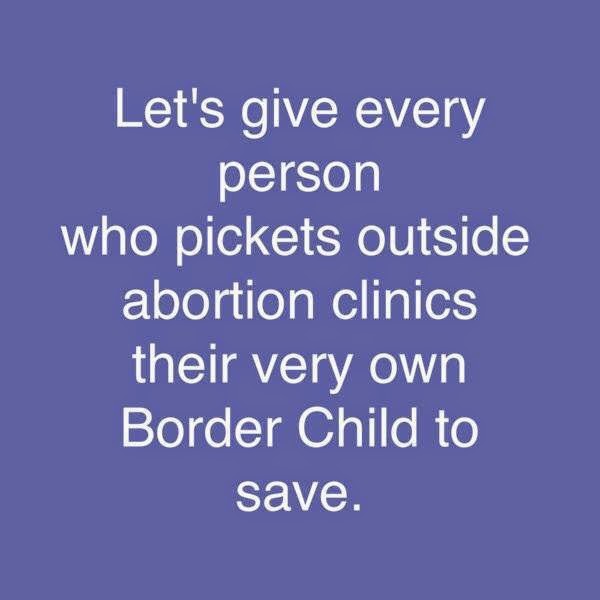 Since they are so interested in saving innocent lives…

Thrilling to watch. At the time I was glued to my computer watching the crowds roar for over 15 minutes creating their own “people’s filibuster.”

Wendy Davis is a hero.

The Texas state senator who represents my hometown of Fort Worth, Texas, is attempting a one-woman 13 hour filibuster today to stand up for pro-choice rights today:

Wearing pink tennis shoes to prepare for nearly 13 consecutive hours of standing, a Democratic Texas state senator on Tuesday began her one-woman filibuster to block a GOP-led effort that would effectively close most abortion clinics across the nation’s second-most populous state.

Sen. Wendy Davis of Fort Worth began the filibuster at 11:18 a.m. CDT Tuesday. To derail a vote in the GOP-dominated Senate, she must keep speaking on the bill until midnight — the deadline for the end of the 30-day special session.

Before Davis began speaking, her chair was removed. Rules stipulate she remain standing, not lean on her desk or take any breaks — even for meals or to use the bathroom.

In her opening remarks, Davis said she was “rising on the floor today to humbly give voice to thousands of Texans” and called Republican efforts to pass the bill a “raw abuse of power.”

Davis was greeted by loud applause and cheers of “Go Wendy!” from hundreds of abortion-rights activists who packed the Senate. Davis motioned for them to be quiet and Republican Lt. Gov. David Dewhurst, who presides over the chamber, warned the spectators against making loud outbursts.

Watch Sen. Wendy Davis’ progress in the livestream above.

By a party line vote of 17-15 yesterday the Wisconsin state Senate approved a bill requiring women to undergo an ultrasound before an abortion so that “they know they are killing a live baby.”

Democrats demanded further debate but GOP Senate President Mike Ellis (above) screamed, “The vote is non-debatable!” as he broke his gavel.

According the Associated Press, the microphone for the Democratic Minority Leader was then turned off.

As a result of the anti-woman Senate Bill 206:

-she must receive an ultrasound. Earlier the requirement was for a transvaginal ultrasound, but an amendment was adopted by voice vote June 11th to allow the ulstrasound of the the woman’s choosing. Link to amendment

-if the professionals aiding the woman do not properly give information and implement this informed consent procedure they risk a fine of $1,000 to $10,000 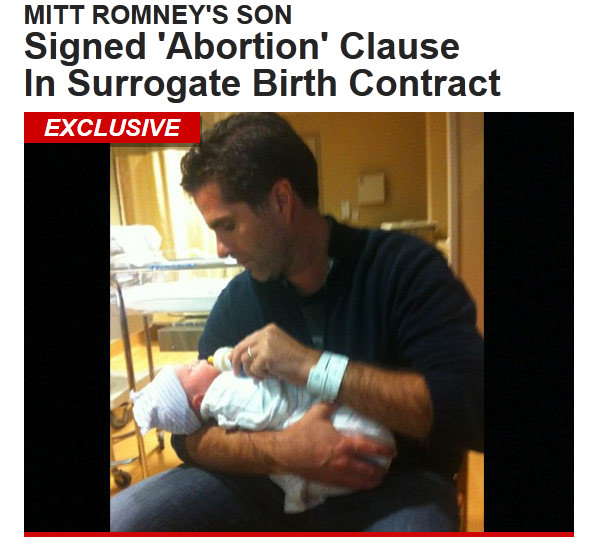 TMZ has the scoop:

TMZ has learned Mitt Romney’s son Tagg — who had twins this year through a surrogate — signed an agreement that gave the surrogate, as well as Tagg and his wife, the right to abort the fetuses in non-life threatening situations … and Mitt Romney covered some of the expenses connected with the arrangement.”

From Paragraph 13 of the agreement:

And there’s another relevant provision in Paragraph 13:

“Any decision to abort because of potential harm to the child, or to reduce the number of fetuses, is to be made by the intended parents.”

Tagg Romney chose the same surrogate in 2009, and apparently that agreement did not have this clause.

Tagg Romney’s lawyer says it was a careless mistake.