As president he doubled funding for Pell Grants, reduced student loan payments for millions of borrowers, and capped federal loan repayments at10% of income.

By cutting out the banks as middlemen which cost the government money, tens of billions of dollars was saved which can now lower interest rates for student loans and make more Pell Grants available.

And it didn’t cost the American taxpayer anything. 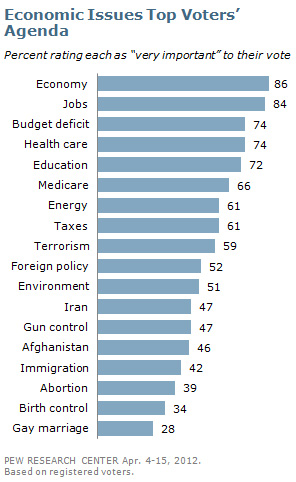 Notice the bottom three issues are social issues.  For those politicians who love to use the phrase “what Americans want is…” they should take note.  Stop demonizing gay marriage, birth control and abortion.  “What Americans want” is to hear a civil discourse on the economy and jobs.

Maybe now that Mitt Romney and his super-PAC have decimated his opponents he’ll start to talk about how he would like to create jobs rather than tear down the other guy.

I’d much rather hear specifics than general rhetoric and negative campaigning.  Put stuff out there that shows me why you’re the better choice.

From NBC News:  The way they see it one year out, from polling and internal data, 11 swing states will probably decide the election and at this point Obama and whoever his opponent ends up are at a tie. 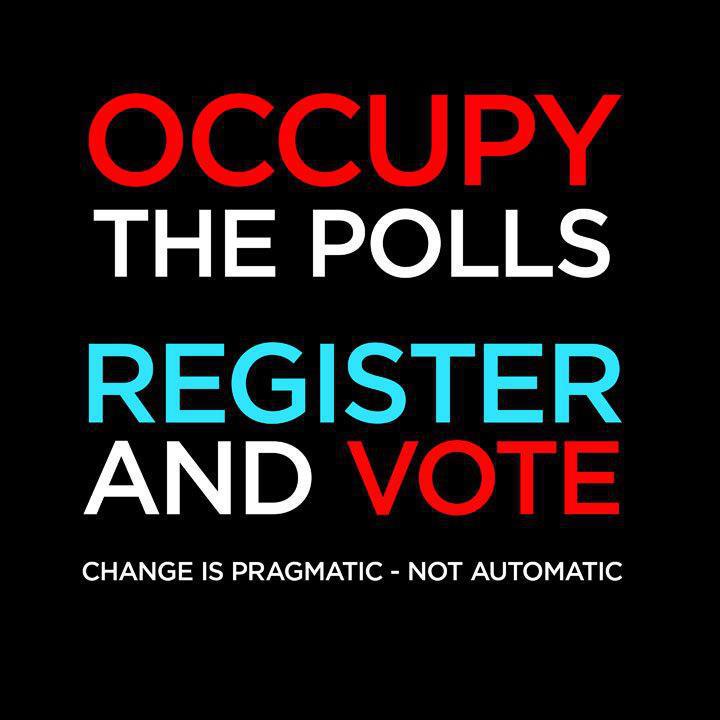 In a new poll by McClatchy-Marist, Obama faces determined opposition: 43 percent of voters said they would definitely vote against him in 2012. So would 43 percent of independents, 10 percent of Democrats and 85 percent of Republicans.

But none of his potential GOP rivals would beat him today. Republican candidates, said Miringoff, “have not at this point developed credibility with voters.”

Romney maintained a similar level of support as he did in an April survey, despite the attention given his June 2 announcement and a strong debate performance on June 13.

He may have “hit a ceiling,” said Miringoff, as doubts continue about his health care stand. As governor, Romney signed into a law a health care plan requiring near-universal coverage, a plan similar to the 2010 federal health care law that Republicans loathe. Romney has explained that each state should be able to decide what’s best for its residents.

The poll surveyed Republicans and Republican-leaning independents. Giuliani and Palin enjoy widespread name recognition, but the lesser-known Perry’s ascendance among them may suggest growing interest in him as he weighs whether to get in.