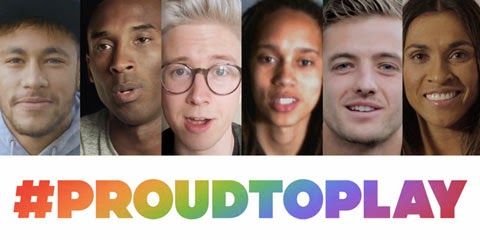 Today, GLAAD and YouTube launch a new campaign, #ProudToPlay, which honors LGBT athletes, their supporters, as well as the YouTube Creators who stand up for diversity in sports and elsewhere.

You Can Play Project, Athlete Ally and several other LGBT organizations contributed to the initiative.

As part of the campaign, YouTube’s logo, seen by tens of millions of people every day, features a rainbow soccer ball and leads visitors to the #ProudToPlay channel, which showcases videos of LGBT athletes and allies speaking out in support of equality on the field.