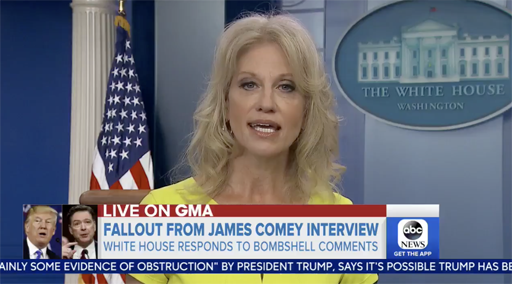 Then there was the time that Counselor to the president Kellyanne Conway, speaking to ABC News’ George Stephanopolous, attacked former FBI Director James Comey by admitting, “This guy swung an election. He thought the wrong person would win.”

She admits that Comey handed the presidency to Trump. Watch below.