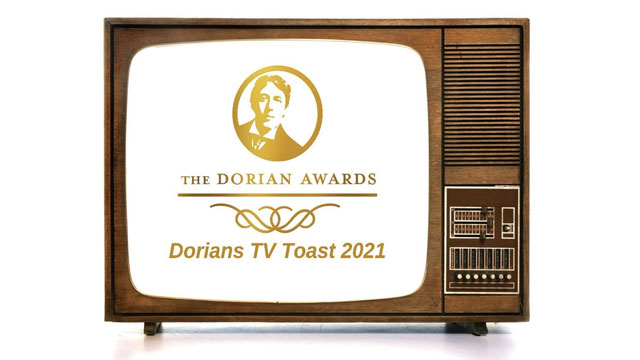 Tune in on Sunday, August 29, for the Dorians TV Toast 2021 – a hybrid of award and magazine shows. Presented by GALECA: The Society of LGBTQ Entertainment Critics, the event celebrates the past TV season’s best performances and shows, mainstream to queer+.

You can watch for free on Here.tv and on YouTube’s PlanetOut channel.

Oh, and guess who also makes an appearance in tonight’s soiree? Yep, I’m a proud voting member of GALECA 🙂

The Dorians TV Toast 2021 is produced by Karel Media and Brandon Riley Miller Productions with GALECA, with Karel and John Griffiths serving as Executive Producers. Karel, a groundbreaking personality in mainstream radio and TV, has hosted programs on ABC, CBS Radio and Free Speech TV across his 25-year career.

ABOUT GALECA
GALECA: The Society of LGBTQ Entertainment Critics sponsors the Dorian Awards, honoring the best in film and TV, mainstream to queer+. We’re here to remind bullies, bigots and our own at-risk youth that the world loves the Q eye on great and unique entertainment. A nonprofit professional organization, GALECA consists of over 300 critics and journalists who write for a variety of influential media outlets in the United States, Canada, Australia and the U.K. Follow us @DorianAwards on Twitter, Facebook and Instagram. Find more information at GALECA.org